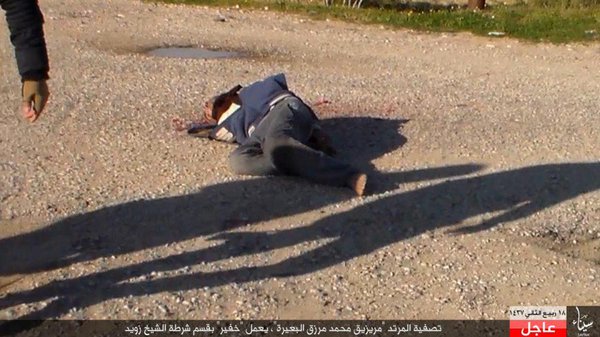 Over the last weekend, eight security personnel died in various attacks on military and police posts; militant group “Sinai Province” claimed responsibility for all the attacks.

The first attack took place Wednesday when an improvised explosive device (IED) explosion took the lives of a colonel and four army soldiers, and injured 12 in Al-Arish. The remotely-ignited IED targeted a vehicle transporting conscripts.

The next attack took place Thursday, in which an IED exploded near an Armed Personnel Carrier causing the death of a police captain and lieutenant, and the injury of five police conscripts.

All the attacks were claimed by the militant group in statements on social media accounts and their affiliates.

The Ministry of Interior has not confirmed the death of Al-Baera.

North Sinai has witnessed a growing insurgency since the ouster of former president Mohamed Morsi in July 2013.

Another six people were injured. The source added that all the deceased and the injured were transferred to Al-Arish hospital.

However, the source, who is stationed in the city of Rafah, could not confirm whether the source of the air strike was from the Islamist militants. “This region is in a state of war. Similar strikes have come from both sides. The people are used to it. Despite wanting to leave, they don’t have an alternative.”

The source said the airstrike was violent and random. A representative from the office of the military spokesman denied the claim, saying that any strikes are launched with cautioun, in spots where it is confirmed that militants are located and away from civilian gatherings.

A day after the strike, a legal office called Al-Shehab Center for Human Rights accused the armed forces of striking the civilian district, referring to the attack as “a massacre.” The centre said the army violated international agreements which guarantee the protection of children and civilians.

“Sinai Province” has been aiming to recruit North Sinai residents for months by distributing leaflets containing threats of decapitation if they collaborate with the armed forces. In the leaflets, the group also called for the residents to take their side, according to residents in the area.

“Sinai Province”, formerly known as Ansar Beit Al-Maqdis before pledging allegiance to “Islamic State”, has performed a series of decapitations, having accused civilians for being “informants”  to the Egyptian army.