“At this very moment, there is a girl at a crossroads and everyone around her is discouraging her and disapproving of her dreams. All she needs is a word of support, some encouragement, and then she will go out into the world and prove that she deserves to be honoured as a woman worth 100 men, as the saying goes in Egypt. This will encourage other girls to face all the challenges and fight all the social restrictions imposed on them.’’

With these words of motivation, three institutions, Akhbarak.net, Itfarrag and Entreprenelle, launched their campaign, called “B 100 Bint” or “Worth 100 Girls”, aiming to empower Egyptian women and help them face the challenges and the struggle to be independent and to shape a better life for themselves. The project includes 15 inspiring stories of women who earn their living in defiance of traditional gender roles, breaking free of social constraints and taboos.

The campaign presents women who continue to pave the way to progress, despite the many hardships that society throws at them. On the campaign website, you can listen to the remarkable story of Om Sabah, a woman who refused to feel ashamed when she took over her husband’s small local cafe after his death, in order to earn her living and to provide for her three children. The customers of such coffee shops are always men, so she initially encountered many problems, but managed to overcome these hardships over the 40 years since she was widowed.

There is also the story of Om Bassem, who had to work as a plumber after her divorce to be able to provide for her children. Although the job is tough, it has been her sole source of income for the past 35 years. Also participating in the campaign is Om Rania, the first woman to work as a microbus driver in Egypt. When she began, other drivers used to fight with her and haul her to the police station every day. Nevertheless, she managed to gain their respect and trust over time, and now they consider her a role model and a good example for their wives and daughters.

Another exceptional story is that of Om Hassan, who has worked as a shoe shiner for many years. Although most people advised her to take her five children out of school and put them to work, she refused and decided to make this sacrifice for the sake of her children’s education. With her polishing box in one hand and her baby in the other, she roams the streets waiting for customers. She insisted on eventually continuing her studies and entered university, completing her bachelor’s degree. She dreams of eventually obtaining a master’s degree, or even a PhD. 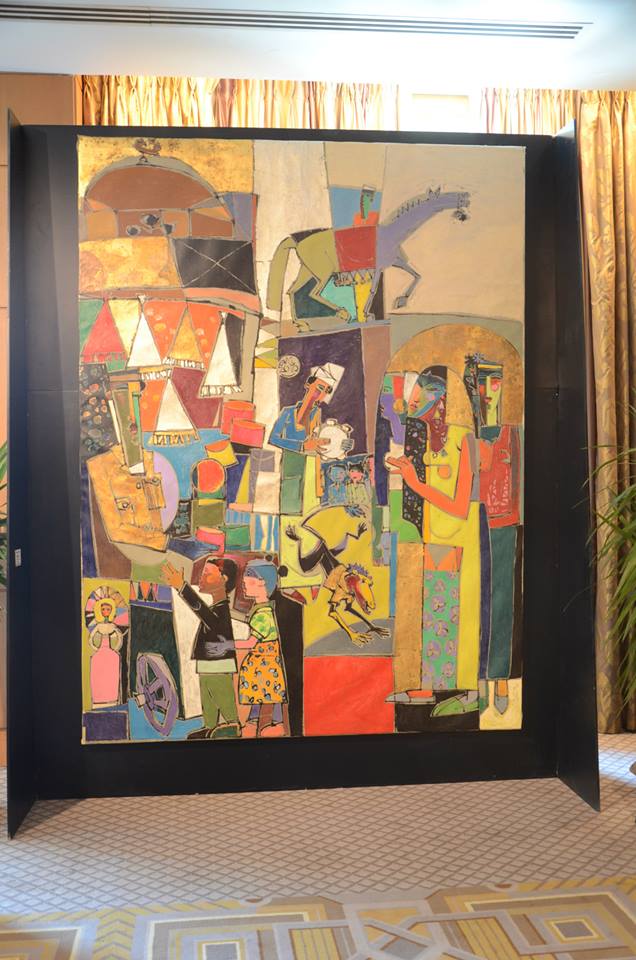 Asmaa is a carpenter; she has built a reputation for herself despite many customers who were hesitant to work with a female carpenter, believing she would be less skilled. Although carpentry is known for being a tough job requiring physical strength to use saws, hammers and other tools, Asmaa’s success comes down to her “golden fingers” and unique taste.

The campaign offered a unique perspective on the usually male-dominated trades in Egypt. Additionally, it was an opportunity for young women to share their experiences, including those who are disabled. For example, Randa, a graduate from the Faculty of Fine Arts, suffers from a problem in her right ear; she used to believe that this would stand in the way of her achieving her dreams. Nonetheless, she decided to adapt her dreams and pursue her passion for drawing; knowing full well the isolation that comes with being disabled. She hopes her story will encourage anyone else with a disability.

In addition to promoting the campaign on social media, via their Facebook page, the founders launched an interactive website through which people can read women’s success stories, as well as participate in the project by writing their own motivational messages about their hopes and dreams for the future, and about their own stories and struggles. The website also allows its visitors to post photos depicting themselves overcoming hardships and to play interactive games online.

On the campaign’s official Facebook page, many girls and women post comments about their dreams; they encourage others to trust their capabilities and to view difficulties and setbacks as challenges in life, rather than imposing barriers.

50 most influential women in Egyptian economy honoured, including 5 bankers