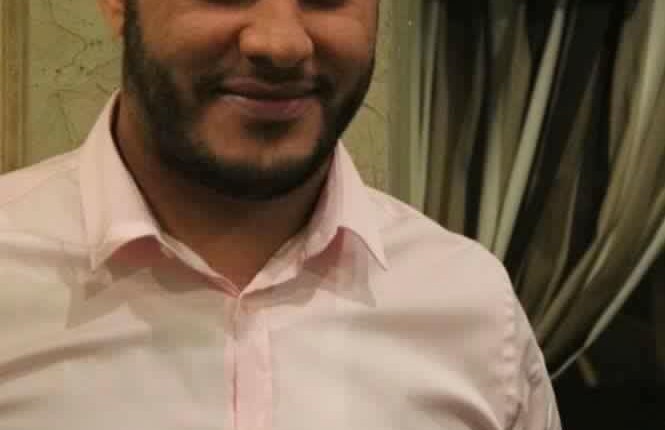 Ahmed Galal, a young Egyptian man, was found dead on Sunday after having been reported missing for two weeks, according to Halem Henish, lawyer at the Egyptian Commission of Rights and Freedom (ECRF).

Galal’s family received a phone call to retrieve their son’s body from Zeinhom morgue; he had been shot in the head, Henish said.

Halim Haneish said in a Facebook post: “Galal’s sister called me two weeks ago and informed me of her brother’s disappearance.  I told her that we needed to publish this story in Egyptian media; she responded that she should discuss this with her family and get back to me.”

The letter stated that Galal was arrested on 20 January from his house located in the Fifth Settlement suburb in Greater Cairo. His family were not informed of where he would be detained.

Henish noted that he searched for Galal’s in various prosecution units, and that his family has sent a letter to the prosecutor general about his disappearance, but any attempts to find him failed.

Galal is not the first victim of enforced disappearance found murdered. Since the beginning of 2016, a man in Beni Sueif was killed after he was forcibly disappeared on 10 January without knowing the charges against him.

However, the Ministry of Interior later announced that their forces killed him in an exchange of fire on a farm.

Human right organisations previously reported that 1,411 people were forcibly disappeared in January 2015 alone. Enforced disappearance has become a top priority for human rights defenders, NGOs and lawyers, having been recently addressed by the state-affiliated National Council for Human Rights (NCHR).