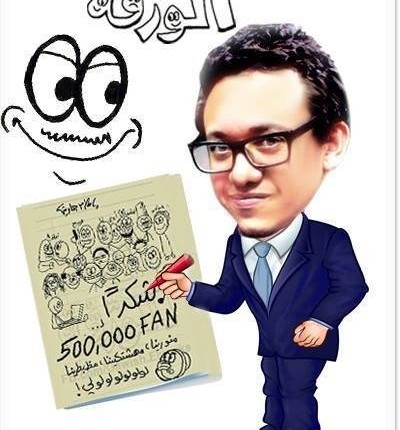 Gawish was arrested on Sunday on charges of working with the unlicensed news website Egypt News Network as a graphic designer, the Interior Ministry said in an official statement.

Police forces raided the network headquarters with an outstanding warrant for the arrest of its founder. However, the arrest warrant did not include Gawish in particular.

“The founder [of Egypt News Network] Fayed Fouad runs an unlicensed website which is prohibited by the Communications Law. He has not received permission from the Authority of Information Technology and has violated intellectual property rights regulations by using a pirated version of computer software”, the Ministry of Interior stated Sunday in their press release.

Despite the Ministry of Interior’s statement, Abdel Latif told Daily News Egypt that the prosecution’s office has yet to provide him with the official police report.  “So far the charges are not official since we have not been given the police report; but Gawish relayed to us that during the course of interrogations he was told that he is charged with running an unlicensed website and publishing seditious cartoons.”

Abdel Latif impugned the legitimacy of Gawish’s arrest, citing both the absence of the cartoonist’s name from the arrest warrant and the infringement upon artistic liberty, the latter of which should be outside the jurisdiction of the state. “The arrest order was issued against Fouad but the police arrested Gawish instead as Fouad was not present during the raid,” the lawyer said.

Gawish’s arrest spurred widespread anger and criticism among Egyptian cartoonists, political parties, and activists. The Arab Network for Human Rights and Information (ANHRI) condemned his arrest in an official statement.

“Gawish’s arrest follows a string of raids on cultural and human rights institutions […] The list of violations is long […] and apparently we are facing a government that does not listen to any voice but its own or see anything but its own self-image. This runs the risk of jeopardising the right to make recourse to free and peaceful expression in Egypt”, the ANHRI stated.

Meanwhile, Misr Al-Qawia (Strong Egypt Party) issued a statement of solidarity with Gawish and condemned the charges against him. A hashtag bearing Gawish’s name has been trending on social media platforms whereby users have demanded the release of Gawish and have criticised the state’s crackdown on even moderate forms of dissent.

Egyptian cartoonists published a series of cartoons to express solidarity with Gawish and to demand his release.

Articles 47 and 67 of the Egyptian Constitution of 2014 protect the right of freedom of expression in arts and entertainment and prohibit the government from arresting artists to enforce state censorship policies.