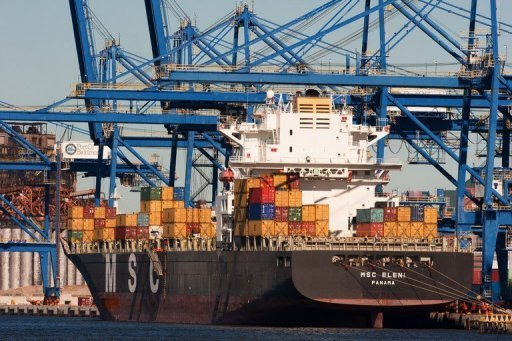 Egyptian agricultural exports have faced many crises over the last year causing a decline in the field as a whole. This was also the case for other non-oil exports in Egypt, which fell by approximately 20% last year.

Transport issues, high shipping costs, and European import specifications have all complicated the affairs of Egyptian companies along with the new export subsidy system implemented by the government in 2015. These factors form a triple threat to Egypt’s private food import sector.

Chairman of the Food Export Council Hany Birzi said that shipping restrictions imposed by the US and the EU on Egyptian exports, due to the Russian plane crash in Sinai on 31 October, made it difficult to conclude new export contracts with non-Arab countries and thus compensate for a decline in exports.

The restrictions imposed on shipments increased the cost of exported products and thus impacted their competitiveness on the market. He emphasised the need to reach a temporary solution with European countries to exempt shipping once again  to compensate for the loss of Egypt’s most important Arab markets, such as Iraq, Syria, Libya, and Yemen.

Egypt’s non-petroleum exports began to recover in October 2015, increasing by 1.3% annually, recorded as $1.4bn. Absent from the figures calculated by industry and export officials however were the implications of the Russian plane crash in Sharm El-Sheikh at the end of that month, which caused a sharp decline in exports.

The US and various EU countries announced measures to ban freight on passenger aircraft from Egypt due to the plane crash, killing hopes of an increase in exports. Instead, Arab markets that were the main importers of Egyptian goods fell, and exporters were unable to sign new export contracts with European countries due to strict criteria that are difficult for Egyptian products to conform to.

Managing Director of Domty Food Industries and Chairman of the Dairy Division at the Chamber of Food Industries under the Federation of Industries Mohamed AL-Domaty said that issues with quality and specifications are one of the biggest obstacles to food industry exports.

There is a need for an electronic link between Egyptian quality specifications and global bodies to reach an agreement amongst themselves and facilitate the export process. The European market is one characterised by high quality and it is difficult for local products to penetrate the market because standards utilised domestically are not recognised globally.

Member of the Board of Directors of the Food Export Council Dr. Ashraf Al-Sayed emphasised the importance of agricultural industrialisation in its capacity as one of the basic inputs for the juice and dairy industry as an alternative to importing products from abroad.

The local juice sector suffers from a lack of juice concentrates, which are imported from abroad, according to Sayed.

A member of the Board of Directors of the Chamber of Food Industries Rafat Rezika said the difficulty in disbursing subsidy assistance and the manner, in which the figures are calculated and negatively impacted non-oil exports.

Rezika noted that failing to disburse the payments made Egyptian products less competitive against their Turkish and East Asian counterparts, where export subsidies average 14%.

He stressed the need to begin disbursing export support once again and develop a programme to facilitate the process of paying for support in a manner distinctive from the old programme, established by Abla Abdel Latif, Advisor to former Minister of Industry Mounir Fakhry Abdel Nour.

Rezika said the ministry developed a plan to double exports, under Abdel Nour, to $5.1bn in 2016 and continue growing 15% annually to reach $7.7bn by 2018. He ruled out the possibility that those working in the food industry would fulfill the strategic plan due to the crises and obstacles faced by the sector at present.

Nogom targets 35% growth in exports during 2016