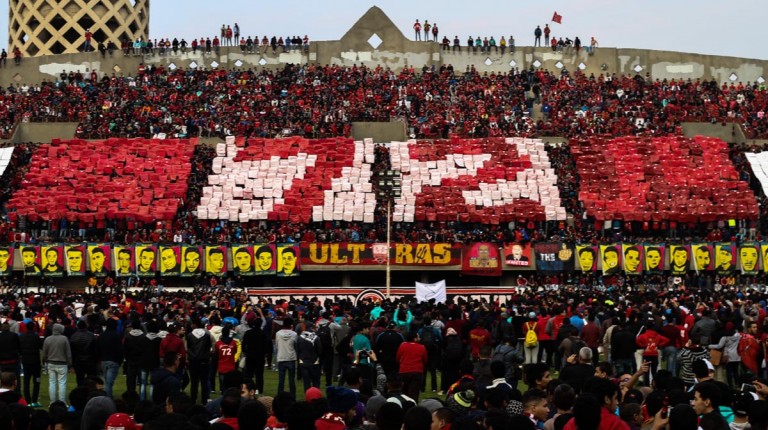 The hardcore fan club of Al-Ahly sporting club, Ultras Ahlawy asserted early on Wednesday the necessity of revealing details of the Port Said stadium riots that took the lives of 72 Al-Ahly fans four years ago.

The group issued a statement in response to President Abdel Fattah Al-Sisi’s message to the Ultras, calling upon them to select a delegation of 10 members from the fan club to review judicial proceedings of the case.

The group said that the president’s invitation was unexpected. They commended the presidency’s willingness to open discussion with the Ultras and youth, in contrast with the media’s treatment of them.

“The top state institution seeks an open discussion with youth whereas the media fights them and portrays them as thugs,” the statement read.

The fan group nonetheless made clear that their demand, since the massacre, is retribution for the victims.

The group commented on the president’s invitation for their members to examine the judicial procedures of the case, saying they cannot simultaneously be “the accusers and the judges”.

However, they asserted that if the case is re-opened, their priority is to investigate with “all parties including security chiefs who were involved in the massacre; many if their names were mentioned in the prosecution investigations”.

“Four years on, there has been no justice for the victims… even though there are [state] agencies that know the full details of that black day through records and accounts from witnesses,” the statement read.

On 1 February 2012, 72 supporters of Al-Ahly SC were killed after riots broke out following the final whistle of a match between Al-Ahly and Al-Masry SC. Al-Masry fans stormed the pitch, attacking players and fans. The coroner reports revealed that those who died had been stabbed, beaten, and trampled by the stampede.

On Monday, thousands of Al-Ahly fans commemorated the fourth anniversary of the death of their fellow fans, by denouncing Field Marshal Mohamed Tantawy, who headed the Supreme Council of the Armed Forces (SCAF) at the time. Fans have accused the armed forces of organising the riot as a pretext to attack the Ultras, in response to their anti-military chants.

Since their formation in 2007, the two dominant ultras groups, Ultras Ahlawy and Ultras White Knights (UWK), have engaged in numerous clashes with police forces. The ultras have become known for their anti-police and anti-government stances, having played a key role in the 25 January Revolution.

Members of the groups have been targeted by police authorities and state security, as members have been subject to arrest, detention and interrogation on “terrorism” charges.