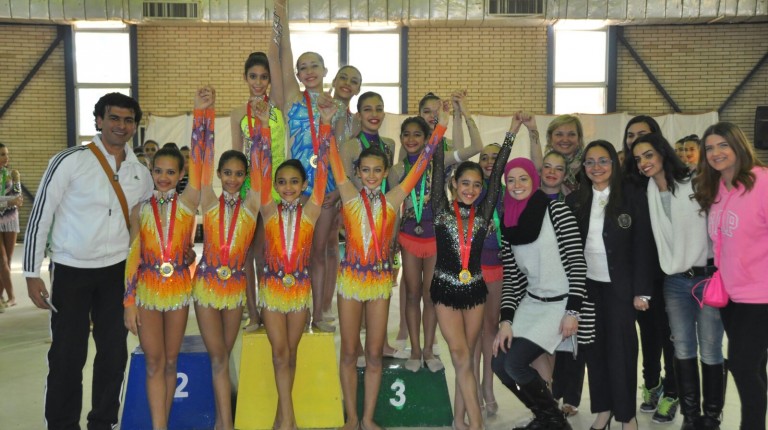 The Gezirah Championship for Rhythmic Gymnastics recently concluded its competitions, which were held over the course of a few days.

The team’s over-16 group also won first place. Moreover, Egypt’s female over-16 gymnasts qualified for the 2014 Winter Olympics, held in the Russian city of Sochi.

Noha Abdel-Wehab commented: “It is vital that our gymnasts compete against international gymnasts, in order to improve their performance, whether for the teams individually.”

“It is essential that we continue to hold these championships, so that our gymnasts gain confidence and experience in competitive gymnastics. As for the coaches, these competitions allow them to note the weak and strong points of their gymnasts and help them to improve for future competitions,” she added.

The championship saw the participation and support of the Rhythmic Gymnastics’ Technical Committee of the Egyptian Federation.

In Video: Arrival of the Egyptian national gymnastics team with 14 medals

Turkish and Egyptian gymnasts raise the bar at international championships