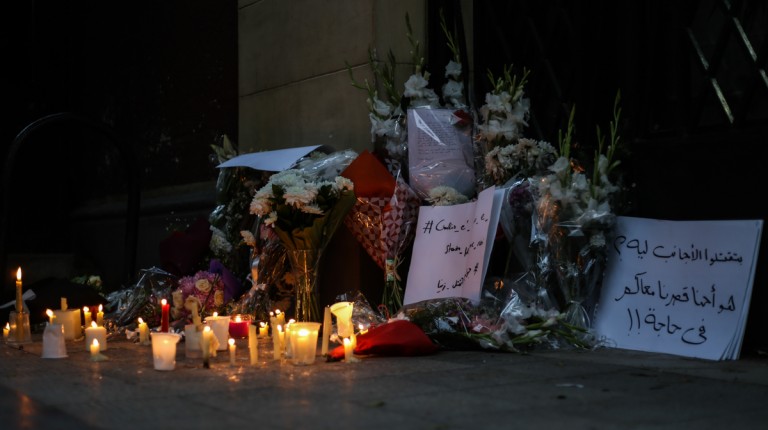 The Egyptian department of forensic medicine announced Monday the initial autopsy results in the death of Cambridge PhD student and Italian national Giulio Regeni. It reported that the main cause of death was blunt force trauma delivered by a sharp object to the back of the head that caused a cranial fracture and severe intracranial haemorrhaging. AP published a report Sunday evening detailing the findings of an Italian coroner who examined the body of Regeni, which was found in a ditch along the Cairo-Alexandria Desert Road highway on 3 February, nine days after the student’s disappearance.

Despite pointing to the signs of torture, AP noted that the Italian coroner had not conclusively decided on the cause of death.

The final report of the Egyptian department of forensic medicine will be completed and announced next week, at which point it will be submitted to the general prosecutor to complete the investigations.

Human rights lawyer retained by Regeni’s family to follow developments in the case Alessandra Ballerini,, spoke with AP and contended that Regeni died after a vertebra in his neck was fractured and he was unable to breathe. Ballerini stated that the complete autopsy results will be ready within a few days and that tissue and fluid samples will determine a proximate time of death.

Following the announcement of the second autopsy results in Italy Saturday, Alfano called the violence Regeni was subjected to unacceptable in comments made on a televised interview on Sky TV channel.

He demanded that Egyptian President Abdel Fattah Al-Sisi cooperate with the investigation and that Italian prosecutors have begun their investigation into Regeni’s death. Italian police arrived to Cairo on Saturday to begin investigating the case.

“I am convinced that it is in the interest of Al-Sisi to work together,” Alfano said. “No one can bring Giulio back to life but bringing the truth to the surface will perhaps be able to save more lives.”

The AP report cited Italian authorities who have stated their believe that Egyptian security forces interrogated Regeni to learn about the contacts he made with workers and activists as part of his research and then tortured and killed him. However Egyptian Foreign Minister Sameh Shoukry denied these allegations.

There have been conflicting reports from Egyptian authorities. The forensic medicine department noted signs of torture on the body including cigarette burns, bruises, cuts, and multiple stab wounds. Meanwhile officials from the Ministry of Interior reported to Al-Youm Sabea newspaper that Regeni died in a road accident, denying signs of torture despite the Italian ambassador having confirmed the signs of torture after he viewed the body in the morgue.

Regeni, 28, was a PhD student at the University of Cambridge in the UK and had come to Cairo as a visiting scholar at the American University in Cairo (AUC) to research Egyptian labour unions. He was reported missing on the fifth anniversary of the 25 January Revolution. He was last known to be going downtown Cairo via the Behouth metro station.

The results also confirmed that Regeni was not subject to any type of sexual abuse or assaults.

Regeni was interrogated before he was found dead: Reuters

Giulio Regeni: Piecing together the fragments of stolen life