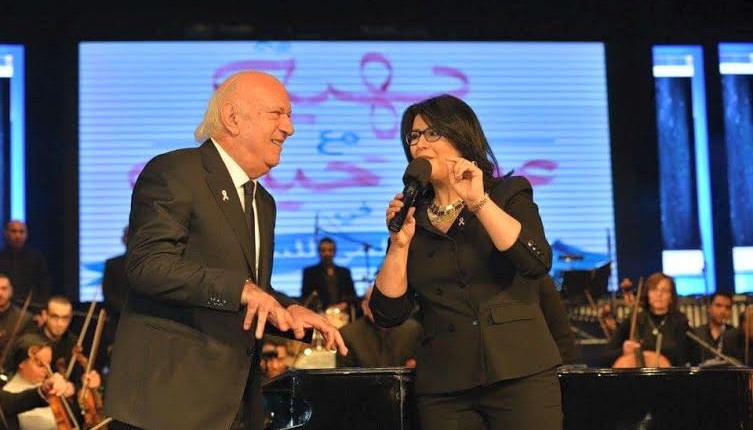 In an effort to support women with breast cancer, renowned musician and conductor Omar Khairat donated all of his concert’s proceeds to Baheya Hospital.

Khairat held a concert on 4 February at the Misr University for Science and Technology’s Opera House, donating all proceeds to Baheya hospital, the first breast cancer hospital in Egypt. The hospital is specifically designed with the aim of early detection of breast cancer.

A number of celebrities and public figures attended the concert to support the cause, which was introduced by Egyptian TV anchor Mona El-Shazly. She expressed her pride in the launch of the Middle East’s first free breast cancer awareness hospital in Egypt.

The hospital provides diagnostic imaging, chemotherapy, physical and radiation therapies, and clinical pharmacy and psychological follow-ups all for free to all its patients.

The hospital is sponsored by Juhayna for Food Industries. “We support this hospital as part of our policy, in which we believe that women are a priority in our society,” Juhayna’s CEO Safwan Thabet said. “Our support is not just financial; we aim to provide all sorts of backing to protect women from danger that threatens many families.”

Baheya Hospital examined over 13,000 women over 2015 after researches showed that over 43,000 Egyptian women have breast cancer.

“We managed to reduce waiting lists by increasing the working hours and doctors working at the hospital,” said Baheya’s General Manager Hesham Abo El-Naga. “We also succeeded at equipping the hospital with the latest equipment and achieved advanced levels in respect of surgeries and early detection.”

The hospital is built on an area of 1,000 sqm, with six storeys. Abo El-Naga said there are intentions of expanding the hospital to help more people detect cancer at early stages and achieve full recovery.

Baheya Hospital was named after Egyptian citizen Baheya Wehbe, who suffered from the disease. Upon her death, her family decided to build a hospital specialising in providing free cancer treatment for women.

With fans mesmerised, Maalouf makes a touchdown in Egypt