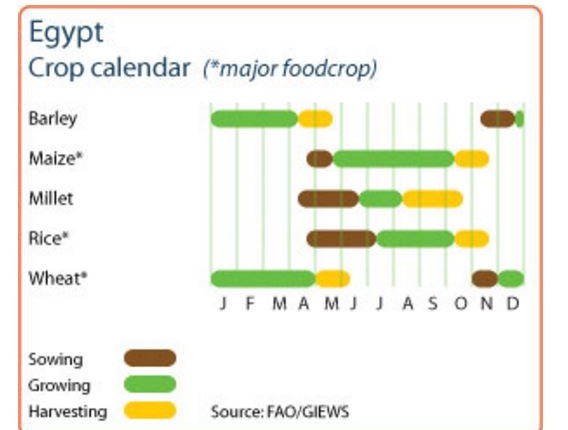 Minister of Supply Khaled Hanafy said Tuesday that wheat reserves are sufficient until May; he however did not disclose the amount of reserves in tonnes.

The government is said to calculate wheat reserves while including shipments that have not arrived yet. Yet wheat traders have said that reserves in shipments might be subject to rejection, Reuters reported this week.

After the local harvest season in May 2015, the ministry disclosed that reserves of local and imported wheat in Egypt amounted to 165,000 tonnes.

In 2015, the Ministry of Supply agreed to amend the mixing ratios between domestic and imported wheat during the milling operation to provide flour for bakeries. The new wheat ratios will be amended from 15% of imported wheat and 85% of domestic wheat to 25% of imported and 75% domestic, Hanafy said.

Wheat production in Egypt is not ‘profitable’: Report