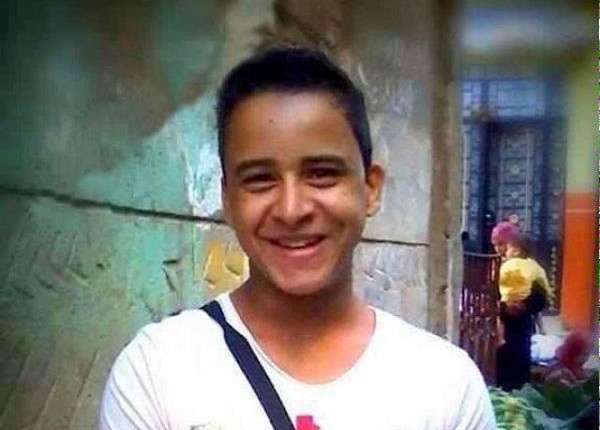 In the wake of continued violations by police and courts of renewing the detention of prominent political detainees on charges not punishable by law, human rights organisations, syndicates and individuals have issued several complaints demanding justice.

The Association of Freedom of Thought and Expression (AFTE) filed a complaint Tuesday to the High Judiciary, protesting the renewed detention of “anti-torture t-shirt detainee” Mahmoud Hussein. The lawsuit came following the court decision Sunday to renew his detention for another 45 days, although he has spent more than 730 days in remand.

Mokhtar Mounier, Hussein’s lawyer who works for AFTE, said the association filed two lawsuits regarding Hussein’s release. The first was submitted to the prosecutor general, but there has been no response as of yet.

The lawyer explained that he filed the lawsuit to demand the release of his client, as is his legal right, since he has already spent the maximum allowed time in pre-trial detention, which is two years. He continued that Hussein has been detained for a charge not punishable by law.

“I will not discuss the charges against Hussein in detail because the association and I have spoken enough about this issue. He is not the only one arrested for unclear charges, many people have been sent to jail without clear reasons; now our only concern is to secure his release,” the lawyer said.

He confirmed that the court decision to renew his client’s detention is a violation of the law; Article 143 of the Code of Criminal Procedure states that no person may be held in custody pending investigation or trial for more than two years.

“We have tirelessly condemned the repeated abuse of the provision in the Code of Criminal Procedure that allows defendants to be held pending investigation or trial as a punitive measure,” states the lawsuit.

The Doctors Syndicate demanded that Prosecutor General Nabil Sadek and the Ministry of Interior investigate their complaint against the transferral of Taher Mokhtar, head of Freedoms Committee at the Doctors Syndicate, to solitary confinement, and his assault by a police officer.

The syndicate’s statement commented on the case, saying that assaulting prisoners is a violation of the prison and prisoners’ affairs regulations, which stipulate that a prisoners’ dignity should be safeguarded. The statement demanded that the prison respect the regulations and the law, and allow syndicate representative Ahmed Hussien to visit Mokhtar.

Additionally, an open letter written by 808 US citizens called on the US embassy to do everything in its power to ensure the release of Aya Hegazy and her husband Mohamed Hassanein, founders of Belady Foundation. The two were arrested in 2014 when police raided and shut down the NGO on charges of “illegal establishment without a licence”.

Citizens also demanded that the embassy return them to the US following their release. The hashtag #Free_Aya was widely circulated on social media pages, along with posts defending the pair and calling for their release.

The lawyer Gamal Eid spoke to Daily News Egypt regarding police brutality in police stations and prisons, and other human right violations by the state.

Eid explained that the repeated denial by the Ministry of Interior regarding the cases of enforced disappearance proves police involvement  and shows the ministry’s desire to continue violating human rights.

“Mokhtar was arrested without any clear charges, just for participating in the 25 January Revolution which clearly shows  the state is fighting anyone who supports revolutionary ideology,” Eid said.