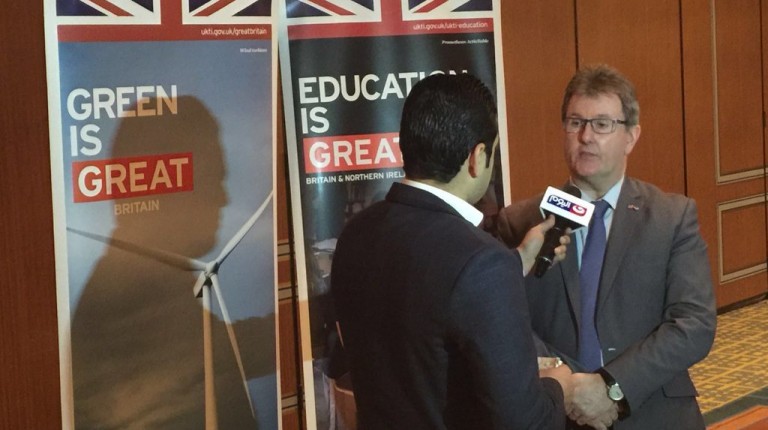 Donaldson and Al-Molla will be joined by a number of leading British energy companies, including major long-term investors such as Brit Petroleum and British Gas as well as experts in industry supply chain services.

“With the discovery of the enormous Zohr gas field last year and Egypt’s booming energy needs, there has never been a more exciting nor a more important time for Egypt’s energy sector. British businesses must be partners of choice for Egypt’s energy future,” Donaldson said.

“Major British investors like BG and BP have been central to the development of Egypt’s energy industry. Not only that, but many smaller British companies have decades of experience from energy production in the UK’s North Sea, which could be transformational for Egypt’s future,” Donaldson continued.

BG and BP have together invested almost $40bn in developing Egypt’s energy sector.

BP’s $12bn investment in the West Nile Delta project was the largest investment deal in Egypt’s history. The project is expected to produce the equivalent of 25% of Egypt’s current gas supply.