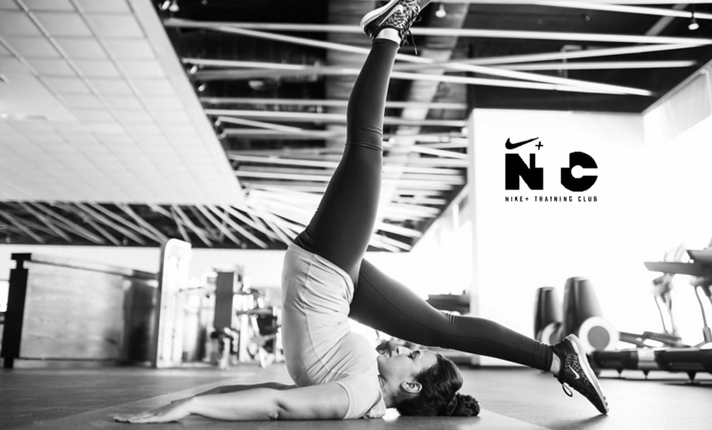 Nike, the leading active brand, celebrated the re-launch of their NTC sessions, which are led by its local trainers Sara Taha and Asmaa Al-Zohairy through a boot-camp, with a few exceptional influencers.

The Nike Training Club sessions are inspired by the N+TC mobile app, which provides more than 100 workouts for free on iOS and Android.

The modern woman might be a workaholic who spends her day in and out of meetings, or she can be a sports fanatic that often fails to leave the gym; in both cases she is about to get a world-class private trainer, courtesy of Nike.

“We asked 10 girls to help us deliver and mold the campaign’s message according to the Egyptian market, culture, and mentality,” Nike brand manager in Egypt Hana Khalil said.

“We are trying to localise the material that Nike creates for all of its global markets; they have great concepts and ideas. But sometimes in order for it to be launched in our market, it needs to be relevant.”

From fitness gurus to squash champions and super-fit models, the ambassadors represent all 360 degrees of inspirational local women who are set to motivate their acquaintances.

Hala Serag El-Din, Israa Galal, Nour Sherbiny, Maria Muñoz, Sherine El-Baz, Yara Zoheiry, and Hoda Mufti, among others, met for an energetic day at Lake View club to warm up for a busy sportive schedule ahead.

“We basically chose girls who had the talent, [who are] leaders in their respective communities. We chose athletes, entrepreneurs, fitness gurus, fashion bloggers, and photographers. We have a pretty good mix for the campaign,” Khalil said.

“Better for It” is a global campaign that includes regular on-ground sessions led by local NTC trainers as well as personal routines tailored and guided by the app itself. The selected community is expected to drive massive attention to the upcoming weekly sessions, which aim to engage women in the brand’s active lifestyle. On the other hand, they are set to challenge each other online to create sufficient hype.

“I am hoping that with the new series as well as the creative ideas that Nike keeps implementing and so girls will be encouraged to use N+TC, whether by joining our sessions or just doing the workouts on their own and challenge their friends,” brand ambassador and N+TC trainer Asmaa Al-Zohairy said.

The global campaign also includes a weekly online series, which communicates new workouts from the app each Monday. The story features two adopted sisters that represent both ends of the spectrum for modern women’s lifestyles.

“The show’s content is in fact quite relevant to the local market; one of its main messages is that you do not have to give up on your life for one extra hour of exercise, you can just squeeze it in during your usual daily routine,” Al-Zohairy said.

The app, along with the campaign, features many familiar faces, since many of the workouts are performed by famous international athletes, such as the renowned Serena Williams.

“The campaign that has been created by Nike is very real and authentic. It actually conveys real stories of people that could be living anywhere around the world and also features people that represent the extreme cases on both ends and all in between. Basically the show proves that there is always a middle ground, where you can find your balance in life,” brand ambassador and N+TC trainer Sara Taha said.

Nike Training Club launched last year in Egypt in parallel with many other global markets. The sessions encouraged women to follow a healthier lifestyle based on fitness workouts and routines.

“Nike Training Club has been doing quite well. We only launched the first season and the seasons were only once a week. The good thing about it was that we had a consistent set of familiar faces even though we regularly changed location, which showed us that they actually enjoy the workouts as well as the club itself,” Taha said.

The brand’s main essence revolves around empowering women. Nike was one of the first names that supported female athletes in the Olympic Games during the 1970s, when the participation of women was rarely accepted globally.

That said, the brand currently focuses on spreading the same concept of women’s right to participate in any given sportive activity across the globe, including Egypt.

“Local fitness awareness is currently growing. Meanwhile more doors are opening for female athletes; it is becoming more acceptable for females to lift weights or participate in Olympic Games. The movement is starting to move at a very fast pace,” Taha said.

Brazil gears up for 2016 Summer Olympics