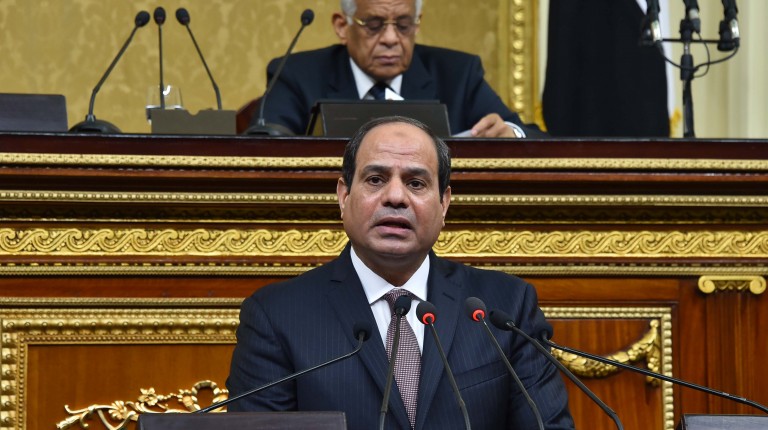 President Abdel Fattah Al-Sisi gave a speech Saturday at the House of Representatives Saturday, in his first visit to the parliament that was elected last December.

The president began by announcing the transfer of powers from the executive authority to the legislative institution represented by the parliament, which he said was the “outcome of fair and transparent elections, according to local and international observation reports”.

Al-Sisi called on the parliament to set aside political differences, assuring that total independence is guaranteed to the House of Representatives in order to be able to meet people’s needs.

“The current political, economic and social situation of Egypt imposes such responsibility and requires doubling our efforts,” Al-Sisi stated.

The president further tackled the hopes for an economic kick-off through the attraction of more foreign investment. He further emphasised the need for reintegrating Egyptian youth into the political system.

“I have used my constitutional power to pardon young detainees. I understand that their main issue is that their voices are not heard, and that is why I have launched a wide-scale dialogue with different young factions.”

The president’s speech was broadcast live on local channels, unlike previous parliamentary sessions that were taken off air.