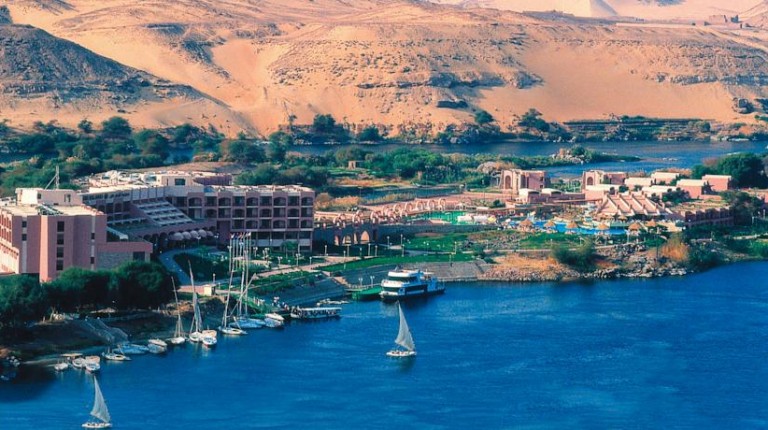 Minister of Investment Ashraf Salman presided over the reopening of the Valentine Island Hotel in Aswan on Friday after the completion of a renovation project that cost EGP 220m and was carried out by Egyptian General Company for Tourism, and Hotels (EGOTH), according to head of Holding Company for Tourism, Hotels, and Cinema (HOTAC) Mervat Hataba.

Salman said the new hotel, managed by international Mövenpick Hotels and Resorts, will support tourism in Aswan and raise the profits of EGOTH significantly.

Hataba said the renovation works started in 1994 but were subsequently suspended; HOTAC and EGOTH recommenced the project at a later date. A total of 203 new rooms and suites were built on four floors, bringing the total number of HOTAC’s hotel rooms to 5,245 in all Egyptian governorates.

Governor of Aswan Magdy Hegazy said the governorate has 32 hotels and tourism villages and the new hotel is located in a special area and will support tourism in the governorate.

“Holding companies affiliated to the ministry would be able to achieve high growth rates if their capabilities were exploited well,” Salman said. The ministry will provide successful experiences in partnership between the public and private sectors to overcome bureaucracy obstacles.