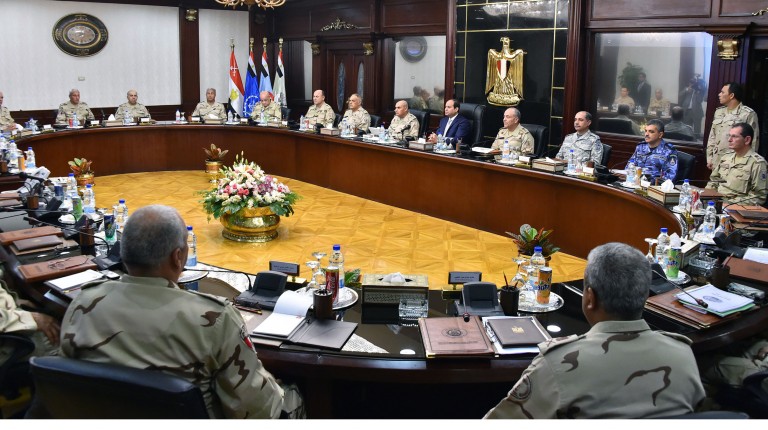 Dozens of diplomats, civil servants, and women’s rights advocates from Egypt and Japan were brought together in Cairo on Sunday to discuss a potential first-time partnership between the two nations concerning the economic and political empowerment of women.

The forum aims to compare notes between Egypt and Japan on gender equality issues with representatives from the United Nations Women Entity for Gender Equality (UN Women) in both countries, the National Council for Women (NCW) in Egypt, and an array of diplomats and representatives from non-governmental organisations.

This is considered the first partnership between Egypt and Japan concerning women’s issues, according to newly appointed director of NCW Maya Morsi. Gender equality will be integrated in the academic curriculum of the faculty of Political Science at Cairo University as of September 2016.

“NCW plans to empower Egyptian women in social, political, and economic issues. Several ideas are scheduled for further discussion with the new council members in their first meeting on Tuesday,” she told Daily News Egypt.

According to Morsi, women in Egypt have a pioneering role which became  significant after the second political uprising in 2013. Yet women still face violations such as early marriage which she said the council aims to combat. “We are also determined to bring women into leadership positions on bigger wider scale,” she said.

During the first panel discussion, CEO of Baseera polling centre Maged Osman reviewed statistics tackling the status of gender equality in Egypt and its worldwide ranks.

Egypt ranked 136 out of 145 countries on the 2015 Gender Gap Index (GGI) in the overall status of women’s empowerment, whereas Japan ranked as 101. The index included sub-indicators on access to employment, education, healthcare, and political participation.

Egypt ranked 136th in political participation of women, 135th in economic participation opportunity, 115th in educational attainment, and 97th in health and survival out of 145 surveyed countries.

The survey results however were published before the recent parliamentary elections in October where there has been an unprecedented level of participation by women, compared to previous parliaments.

Women’s representation in the parliament was 14% of the total number of seats, while the it was was only 1.8% in 2012.

“There are many similarities between Egypt and Japan in women’s empowerment issues but Japan has made great progress,” Osman told Daily News Egypt. “We have exceptional experience in bringing a significant number of women to the parliament; more than the current percentage in Japan. But Japan’s most significant area of progress is economic empowerment. There are a lot of challenges in this area in particular in Egypt.”

A recent poll by Baseera indicated that 84% agree that men should have priority in getting jobs when job opportunities are limited; surprisingly a huge percent of those who agreed were females. Additionally 55% agreed that married women can work outside home if they want.

“The widespread distorted values in society are the main obstacles women currently face in Egypt. Through Baseera’s polls, we aim to measure progress of awareness efforts based on the responses we receive,” Osman said.

“Our global women’s policy, disclosed in 2013, aims to create a community where women can shine. The Japanese government has been promoting women’s empowerment in developing countries as well. However we do not enforce our policy in other countries but rather, we share our experiences with them,” she said.

Egypt on the other hand has made a significant progress over the past couple of years in terms of women’s empowerment, according to professor Hoda Al-Sadda.

Al-Sadda, who was part of a 50-members committee to draft the constitution, said violence against women was discussed extensively, and article 11 ensured the equality between women and men in all rights: “Yet many legislative reforms need to be undertaken to enforce the execution of constitution articles”.

Among the significant legal amendments to the penal code in 2014, was a strict penalty against any act of sexual harassment towards women. Moreover the Cairo University outlined their anti-sexual harassment policy for the first time during their past academic year.