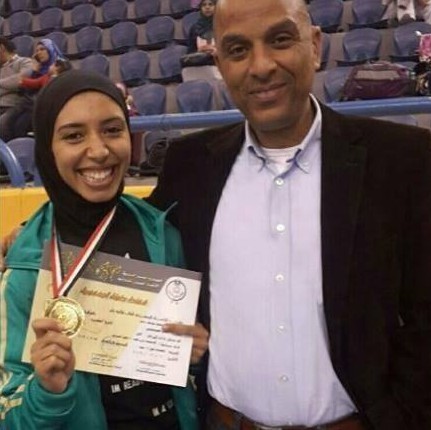 Only eight of the 64 female karate players, above 18 years of age, qualified for the Open Karate National Championship, which lasted for two days at the Cairo International Stadium on 10 and 11 February.

After 10 matches, Heliopolis Sporting Club’s player Arig Saeed was among the eight best players selected to enter the national team.

These eight players played seven final qualifying matches. As a result, the winner of this championship was Arig Saeed.