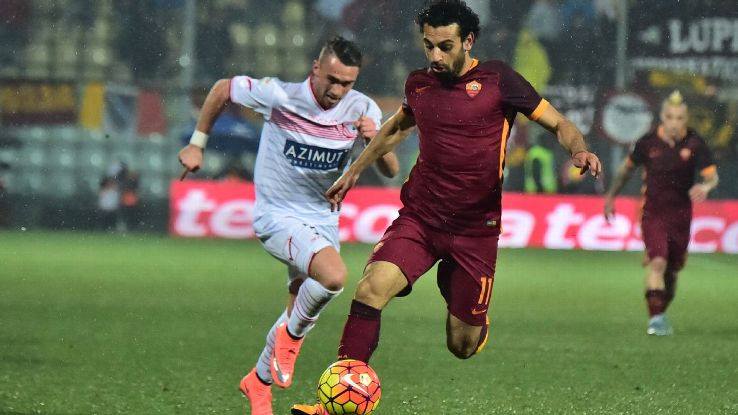 Egyptian international player and AS Roma forward Mohamed Salah rediscovered his pre-injury form during AS Roma’s last 3-1 win over Carpi, which is fighting relegation on the 25th round of the Italian football league Serie A.

The win advanced AS Roma to third position on the table with 47 points, 10 behind Juventus which tops the table with 57 points after defeating SSC Napoli 1-0 in the same round, taking the lead.

Salah gave a wonderful performance, assisting two goals for his teammates Lucas Digne in the 56th minute and Eden Djecko in the 84th minute. He scored one goal in the 85th minute, before he was injured and substituted in the 90th minute, at the end of the game, after reportedly suffering from a muscular problem in his left thigh.

Salah will undergo a medical examination on Monday, to ascertain the extent of his injury, ahead of the coming tough UEFA Champions League clash against Spanish giants Real Madrid.

Roma fans are wary, along with head coach Luciano Spalletti, who depends on Salah for his attacking striking force. However, the Egyptian revealed on Monday that his injury does not appear to be critical, noting that he will most likely be fit to face Real Madrid.

AS Roma’s latest victory over Carpi  is not only  their fourth in a row, but also their best league run since they won five consecutive  games at the start of last season.