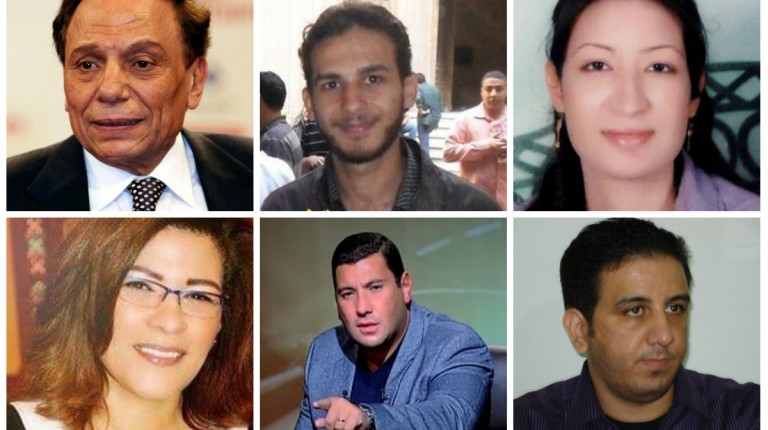 Ahmed Kassem, a 17-year-old detainee of the Giza Central Forces Security Camp, was expecting to see his parents on Monday but instead of welcoming them in a short visit to prison, he received the shocking news of their death, metres away from the prison entrance.

Kassem’s parents were killed in a traffic accident as they were crossing the road to enter the prison. “What this young man is going through now is beyond what anybody, especially at his age, could take,” Kassem’s older sister, Fatma, told Daily News Egypt Tuesday.

A funeral was held the same night but Kassem was unable to attend it, pushing many activists to call for his immediate release considering his humanly difficult situation.

“We did not want to break the news to him,” Fatma said. “It was the prison authorities who informed him after calling us. We asked them to refrain from telling Kassem until we saw him and gently tell him ourselves.”

Fatma does not know how and where to reach her brother. She claimed not to have visited him once since his arrest in January. “My father refused to allow me and my sisters to visit, fearing that we could be harmed for any number of reasons,” she said.

According to her, Kassem was turned to the police by his friends; the police were on alert following two attacks on tourists near the Pyramids in early January 2016. “Maybe they knew he was wante because my brother was on the loose pending another trial,” she said.

Fatma, 26, is the third of four sisters older than Kassem. “Still he is now the man of the house and we need him. He must be overwhelmed with guilt,” she said.

Kassem’s case highlights the situation of detainees in Egypt’s prisons, which has deteriorated to an alarming level in February, along with excessive remand periods, ongoing political trials, and new prison terms issued for young detainees.

Two prisoners, Sayed Ali who is known as “Moshgheb” and Eslam Khalil, are on hunger strike. Moshagheb is an active member of the Ultras White Knights (UWK) football fans’ group and is currently facing security and legal pursuit.

He faced different trials related to ongoing conflicts with head of the Zamalek FC Mortada Mansour. The Cairo Criminal Court sentenced Moshagheb along with 14 others Monday to one year in prison. They were charged with storming into Al-Zamalek club headquarters and attempting to assassinate Mansour.

Moshagheb began his hunger strike because he was transferred to Aqrab prison, while his colleagues remained in Tora prison. Aqrab prison is a high-security detention facility, where the most “dangerous” prisoners are held.

As for Islam Khalil, 26, after storming his apartment on 24 May 2015, security forces forcefully detained in an unknown location for over 70 days. According to his family, he started a hunger strike last week to object the mistreatment he is subjected to in jail.

Meanwhile Mahmoud Hussein, known as the anti-torture t-shirt detainee, has spent more than two years in pre-trial detention since his arrest on 25 January 2014. According to law, Hussein should have been released in January 2016, to be pending trial if his case is ever referred to court by prosecution authorities.

Instead Hussein’s detention has been prolonged for 746 consecutive days. His case receiving widespread international attention and a little media support on the local level. ONTV’s host Youssef El-Husseiny previously interviewed Hussein’s brother, Tarek Tito, who said Tuesday night that he would wear a T-shirt reading “Nation Without Torture” Monday in solidarity with the 20-year-old detainee.

As for April 6 Youth members, leader Amr Ali expects a verdict at the end of this month. He was arrested January ahead of the fifth anniversary of 25 January Revolution along with members of the movement.