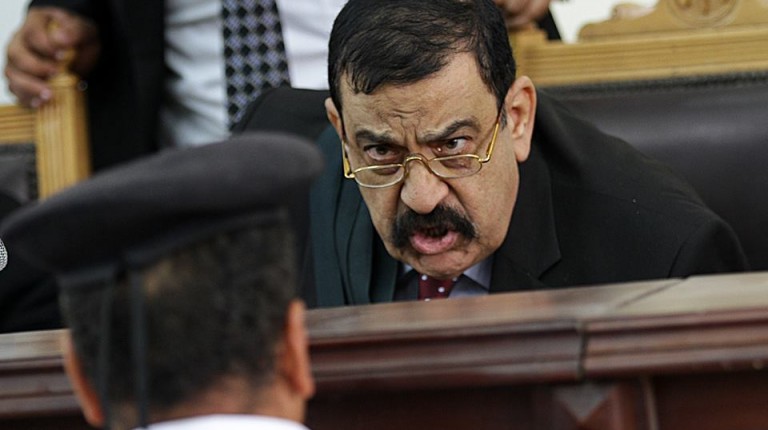 Defendants in the “cabinet clashes” trial demanded Monday that controversial judge Nagy Shehata step down from the case, leading the court to postpone the trial session to 17 February.

The court is set to launch the procedures concerning the defendants’ demand.

According to Egypt’s criminal law, the defence team can demand from the bench to step down and replace the judge, but it is up to the court to accept or refuse the demand.

The cabinet clashes case dates back to 2011, when demonstrators organised a sit-in at the cabinet headquarters, protesting the appointment of Kamal Al-Ganzouri as prime minister by the Supreme Council of Armed Forces. The military police attempted to disperse the sit-in, resulting in deadly violence that lasted four days.

Moreover, according to reports by the independent Front to Defend Egyptian Protesters (FDEP), the military police held protesters in custody inside the cabinet and the near the People’s Assembly headquarters, where they assaulted them.

Often dubbed as the “executions judge”, Shehata has rejected several demands made by the defence team throughout many trial sessions, and arrested several lawyers.