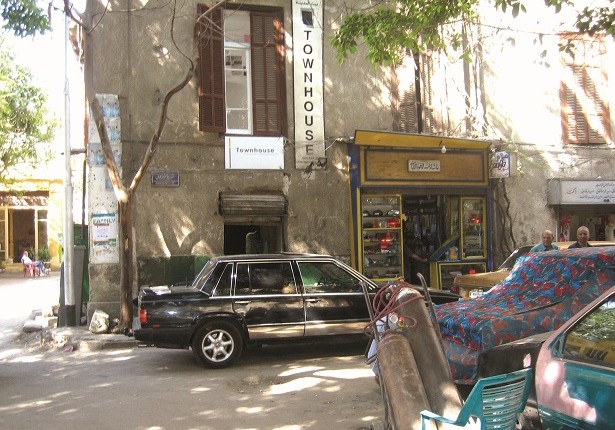 Townhouse Gallery was reopened again Tuesday after almost two months of closure, for no apparent reason

The culture and art space was temporarily reopened for two weeks after owners applied for official permits again, according to Yasser Gerab manager of Townhouse Gallery and Rawabet Theatre.

“Even though we obtained official permits since we opened in 2003, which were all valid until October 2016 as an official cultural centre, authorities want us to apply for another after they withdrew the original without providing us with any specific reasons,” he said.

Townhouse Gallery and Rawabet Theatre were shut down on 28 December for censorship after a security raid filed a charge against them. The officials identified themselves as members of the Censorship Authority, the Tax Authority, the National Security Agency, and the local office of the Ministry of Manpower.

“Some people told us the place was closed due to violating safety measures; by having only six fire extinguishers when we should have nine. Another alleged reason was because one of the emergency doors opens inwards to the theatre while it should open outwards,” he said.

The accusations made no sense to the team; they found no reason for the contemporary art centre to be closed for almost two months without any previous notice or warning. “No one informed us that we were breaking any kind of law before. Nevertheless, we are willing comply with any of the procedures to keep our cultural activities going,” he said.

Four police reports were filed against Gerab as the manager of the place, one accused him of “scheduling and videotaping the cultural events held at Townhouse Gallery on a CD”.

“I don’t really know what form of law I am breaking by preparing a schedule for the plays, exhibitions, and concerts on a CD but that’s what I was informed of,” he said.

Gerab said the team is trying to reschedule its cultural events. “I really hope this doesn’t affect our aim which is supporting young talented artists who need a place to practise their art,” he continued. “Until now, we can’t give an accurate date as to when we’ll reopen our doors to those who need us; it all depends on when we get our permits.”

Townhouse Gallery is a not for profit organisation established in 1998 for contemporary art that is easily accessible to all people. Rawabet Theatre is a platform opened in 2000 by individual artists who aimed to create a venue for independent groups to practise several types of arts. Both spaces hold contemporary art shows including theatre, music, film, and lectures.

In Video: Townhouse Gallery building to be demolished