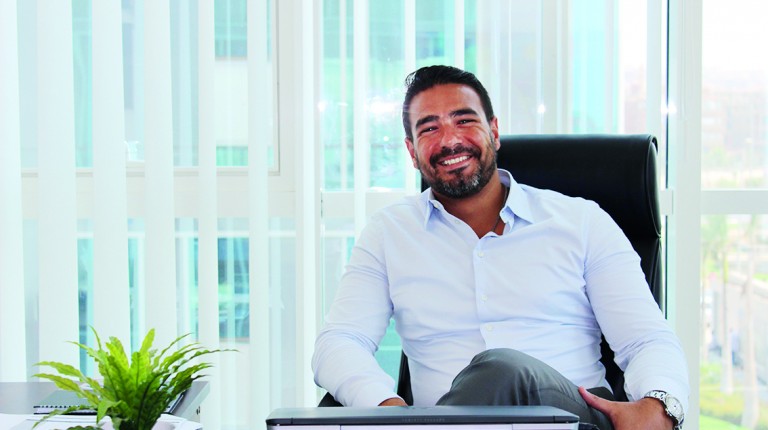 Founded in 1943, Dorra Group laid its foundations in the construction industry and has grown over the last 70 years to become one of Egypt’s leading privately owned corporations, with interests not just at home, but in United Arab Emirates, Saudi Arabia, and the Gulf region. It remains a family-run company today, albeit one that employs 6,000 people regionally, active in the contracting and real-estate development sectors.

The group has two divisions: the Construction and Reconstruction Company (CRC), which designs and delivers technologically advanced, turnkey building projects for all kinds of uses; and Dorra Developments, which develops, manages, and markets Dorra’s own commercial, residential and tertiary-sector ventures. It also provides detailed know-how for the project development and delivery process.

“Construction still serves as the backbone of the company,” explains Omar Dorra, the Managing Director of Dorra Developments, “but now shares the spotlight with our real-estate development and investment activities, which began in the early 1990s. We were the first developers in Egypt to introduce the concept of gated communities in the newly located satellite cities to the west and east of Cairo, which [marked] a new direction and era in the Egyptian housing market.”

CRC, which is led by Dorra’s elder brother, Mohammed, has been involved in dozens of developments over the years, frequently in collaboration with joint-venture partners from overseas. Among its landmark projects are the ‘First Residence Towers’ on the Nile in Cairo, part of the Four Seasons Hotel, which houses high-end residences and a premium retail arcade, built in partnership with UK’s John Laing International. In recent years, however, a growing share of its portfolio has been built on behalf of other developers.

“From 2008 until 2012, Dorra Group was heavily involved in constructing 60%-70% of [our] own developments in Egypt,” Dorra notes. “Today a huge shift has happened and volume has grown, with only 20% being our developments and the remainder for clients, like the well-known Egyptian developer Palm Hills Developments and Diar Al Qatariya from Qatar. In both cases, we are their main contractor. The past two years have been a very good time for our contracting arm.”

On the other hand, Dorra Developments has increasingly focused on retaining assets, rather than passing them over to clients once completed and moving on with the next project. Its Managing Director says: “We decided to take advantage of our competitive edge, as our own contractor, and are holding onto large segments of our developments. It’s a long-term strategy that we feel is key in our group’s future performance, as well as growth initiatives we are eyeing for the Gulf region.”

Last September, Dorra Group broke ground on its latest Egyptian development, Capital Business Park in Sheikh Zayed City, in the Greater Cairo area. The €370m mixed-use project features seven buildings, with retail ground floors and six first-class office levels, all offering easy access to the city centre. Its cutting-edge design and luxury amenities have attracted corporate clients of the calibre such as Porsche and Harley Davidson. The first tenants have already moved in, with around 70% in place by the end of 2016.

“We had to educate the market on the standard we were pioneering,” Dorra notes. “People were aware there was a wide gap in the business environment in Egypt, in comparison with Europe, the US, and neighbouring GCC countries. There was a clear organic demand we recognised some years ago. As expected with all conceptual designs, we faced resistance initially. But that is not the case today after leasing out Phase One of the project.”

For Egypt, Dorra believes the next step is for private and public-sector players to work together to develop residential and commercial real estate in cities like Alexandria, Damietta, Mansoura, and throughout Upper Egypt: “There is an insatiable demand there, far greater than Cairo,” he insists. “These locations will be the future ground for developers to tap into. I can guarantee 200,000 units annually from my side, with the proper government backing.”

Dorra Group has been venturing beyond Egypt’s borders for three decades. In the past few years, it has won contracts as the partner of choice for high-profile projects across the Arab world. These include the rezoning and expansion of Masjid Al-Haram Mosque in Medina, Saudi Arabia, and the construction of the €1.25bn Vendome Mall in Lusail City, Qatar, part of the country’s drive to develop world-class leisure facilities to welcome the 2022 FIFA World Cup.

In Dubai, however, where the group has been present since 2004, proprietary projects already account for around double the share of CRC’s workload: “Our latest addition in Dubai is The Views,” Dorra reveals. “It was designed by the UK’s WATG and is one of our tallest and largest developments. It will offer 900 residential units over 60 floors, which will not only attract first-market buyers, but also stimulate the secondary market for investors.”