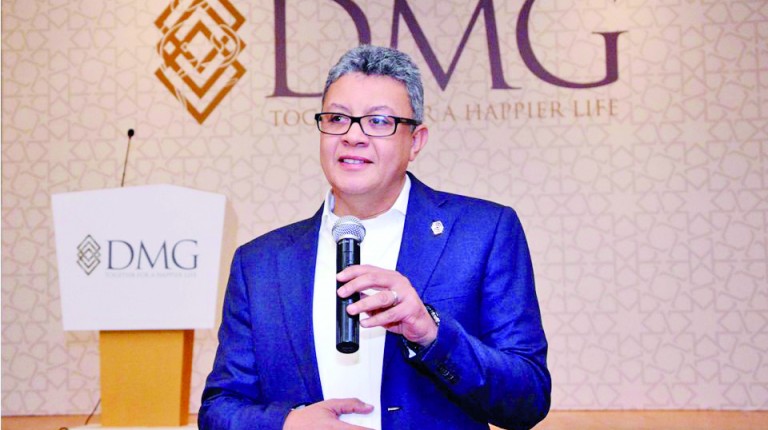 Home to 90 million people, Egypt faces a housing shortage affecting almost every segment of the market. Last December, Minister of Housing Mostafa Madbouly admitted Egypt needs 1m new homes in the next five years just for lower-income families. As the population is projected to jump 33% by 2050, putting roofs over people’s heads is a challenge for the country and an opportunity for property players.

“[We] Egyptians only utilise 6% of [our] land,” notes Ayman Ismail Soliman, Chairman and CEO of DMG/Mountain View, one of Egypt’s leading developers. “Competitiveness, economic growth, and happiness hinge on our ability to expand to 14% by 2030 [and] 24% by 2050. The sector is very fragmented. The biggest players [only] control 2-3% of the market. The beauty is, no monopoly exists.”

Founded two decades ago, DMG is active in engineering and hospitality, in addition to building high-end residential and resort communities in Egypt’s best locations. Its property development division, Mountain View, has completed or is working on nearly a dozen upscale developments.

“Last year, we handed over three projects in East Cairo, two on the North coast, and two on the Red Sea,” Ismail says. “This year, we will deliver three [more]. When people ask what business I’m in, I always say the business of happiness. We don’t look at [it] as building homes. We want to create environments where people can be happy.”

Ismail says Egypt’s property sector is worth €3.5bn annually, but he believes growth must quadruple to satisfy the market: “Supply and demand are not in sync,” he insists.“Supply is short of demand by up to 35% in the lower-income segment and, as you start to climb, that softens to 20% or 15%.The only area where [they meet] is the very high end, representing only 1% of the total market.”

The government’s social housing plan will cost €18.4bn, funded from public coffers, but developers usually focus on more lucrative segments, serving middle- and high-income families and foreign buyers. The state currently profits from land sales to private firms and, under new rules, will provide plots for development in exchange for an equity or cash share. DMG was the first private company to partner with the public sector. “I can’t say it was an easy route, but we paved the way for others,” Ismail declares.

DMG is already involved in CSR initiatives with NGOs like Maan, building over 3,500 housing units to replace informal settlements, but, Ismail says, a bigger vision is needed.“The Egyptian market needs a master plan,” he insists. “At the end of the day, the main component of real estate is land. The government needs to use [it] to attract investors and, in other areas, stabilise communities, even if it means giving land away. Sometimes, it must be used to generate more for the country.”

Over 21,300 plots of land to be opened for reservation