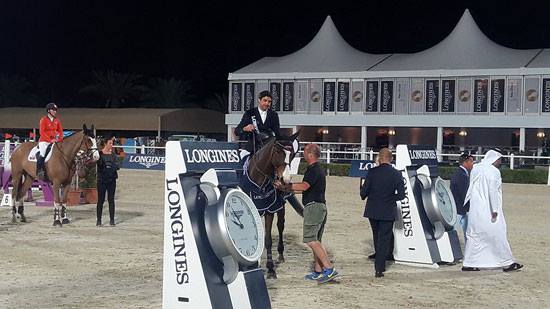 This championship, in which 200 jockeys from 30 different countries participated, is a qualifier for the Rio 2016  Summer Olympics.

El-Zougby, who is a member of Egypt’s national equestrian team, received the championship cup and a financial gift.  He acquired 150 points, bringing him very close to being qualified for the Summer Olympics.

Despite being injured during a warm up on his first day, El-Zougby completed the race in 77:46 seconds.

World Anti-Doping Agency will retest doping samples from the 2008, 2012 Olympics