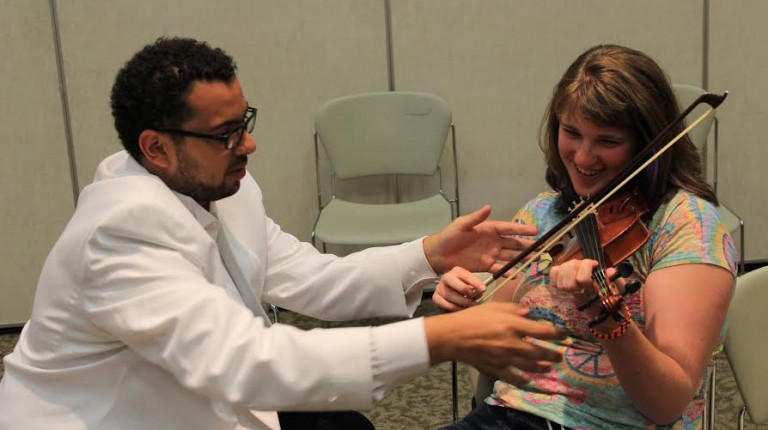 When magicians perform a show, they usually impress the children watching by  pulling a rabbit from a top hat, revealing a dove from their clasped hands, or drawing a never ending handkerchief out of their pocket. But for some children, all it would take to make them happy is to find clean, drinkable water pouring from their taps.

The ultimate dream for more than 7 million people in Egypt is to have clean accessible water to use and drink, a dream that UNICEF Egypt is trying to achieve. For the first time in Egypt, UNICEF started using click- funding in its campaign “Water for Life”. The initiative aims to provide access to safe drinking water for the poorest families in Egypt, to protect tens of thousands of children from  water borne diseases, and to improve their health and nutrition.

Every view, like, comment, and share for the video published on UNICEF’s social media channels will be counted and translated into “points”. If the video achieves 1.5m points, the campaign’s sponsors will provide 1,000 households in Egypt with plumbing and clean water.

“We aim to engage both the public and private sector in contributing to provide water connections for those who don’t have access to direct household connections,” UNICEF’s representative in Egypt Bruno Maes said.  “Such interaction doesn’t only reflect public and private sector financial engagement but it also raises awareness about water deprivation related issues via initiating public debate on the importance of hygiene and water preservation means.”

In the video, a magician tries and fails to perform magic tricks to make his audience of unprivileged children smile. Only when there is clean water from his magic tap is he capable to replace their frowns with smiles, laughter, and applause.

The video stars well-known Egyptian actor Maged El-Kedwany and directed by award winning Amr Salama with music by prominent musician Hany Adel. They all volunteered their time and expertise for the cause. Within one day of its release, it has been viewed more than 730,000 times, gained over 57,000 likes, and was shared more than 52,000 times.

UNICEF’s campaign is organised in collaboration with Rotary Club International, an international service organisation that mobilises resources for household water connections through its networks, in partnership with Holding Co. for Water & Wastewater (HCWW).

Seven million Egyptians live in households without a direct water connection and 1.5 million rely on water from tanker trucks. This combination of poor water quality and inadequate sanitation services leads to the spread of water related diseases. According to a UNICEF study, acute diarrhoea accounts for 9.1% of the total deaths of children under-five years.

“Water for Life” has managed to change 8,000 lives in the most deprived and underprivileged governorates since it began.

Video can be watched at this link