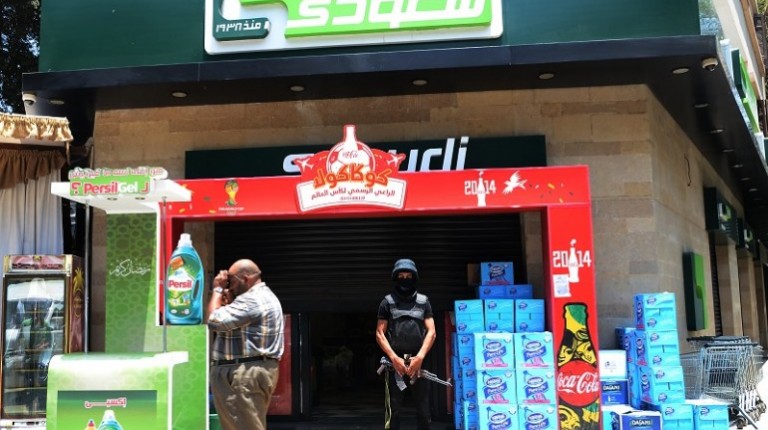 An analysis conducted by Daily News Egypt on traffic developments through the Suez Canal showed the change in each type of transient and cargo ships, which gives an indication of the future of traffic in the canal.

Traffic data during this period suggest that despite maintaining growth in the Suez Canal, there was a decline. In 2014, the annual growth of the number of vessels increased by 3.33% and payloads by 5.16%. However the annual growth rate fell in 2015 by 1.95% in terms of number of ships, while cargo growth dropped by 3.73%.

The slowdown in traffic growth explained why traffic fees were unchanged in 2015 with the decision to amend the published navigational note No. 8 for 1994, which granted a reduction of 35% to liquefied natural gas tankers transiting the Suez Canal so that the reduction drops to 25%.

The roots of navigation note on LNG tankers go back to a decision in 1994 taken to support the Gulf states in reducing transit fees of gas shipments to Europe to make it more competitive. But the Research Department of the Suez Canal Authority showed that the reduction can be amended without affecting the competitiveness of Gulf natural gas prices.

The decision to maintain the fees in 2015 was made after increasing them by 5-7% in 2014 on crude oil, oil derivatives, chemicals, and LNG tankers for shipments exceeding 20,000 tonnes. Fees were increased on dry bulk carriers at rates ranging between 5 and 9%.

Fees on transit have not yet been changed in 2016 and there were expectations to keep them as they are to maintain the competitiveness of the channel, given the decline in oil prices and slowdown in economic growth in China and the Euro zone.

Head of the Suez Canal Authority Mohab Mamish announced giving promotional offers to shipping lines in a number of Arab countries to attract additional oil tankers to pass through the Suez Canal instead of the Cape of Good Hope.

Growth of loads, albeit at slower rates, suggests that the collapse of oil and the slowdown in the Chinese economy and the Euro zone economy were not the main reason behind the 1.09% decline in revenues of the canal, which is dominated by dollars, in 2015.

The decline however was rather caused primarily by the decline in the SDR unit against the dollar by 7.9% compared to 2015. The Suez Canal relies on SDR units in fee pricing. SDR is a unit comprising of four major currencies, the US dollar, the euro, the yen, and the sterling pound. The Chinese Yuan is expected to be included in the basket before the end of this year.

Statistics also revealed that the drop of oil prices only affected the growth rate of the ships passing through the canal, not their numbers.

The contradiction between the low number of vessels and higher payloads shows a tendency to rely on bigger ships to save costs. The Suez Canal will have to cope with this development and maintain an appropriate depth to meet the requirements of these larger vessels.

Table showing the variable number of ships transited the canal over the past three years.