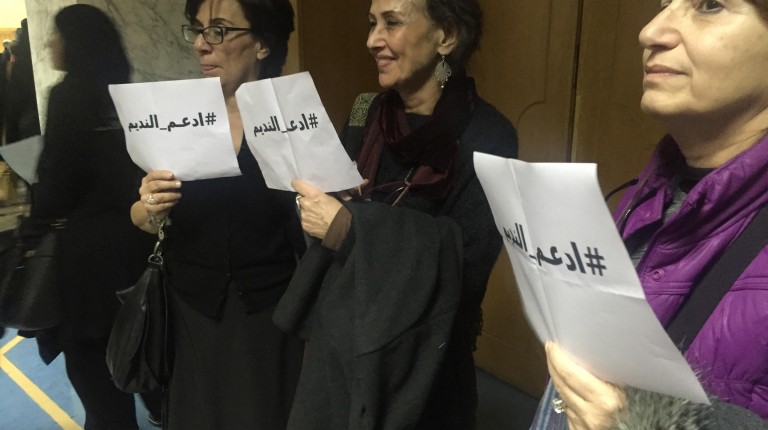 A conference was held on Sunday evening at the Press Syndicate in solidarity with local NGO El Nadeem Centre for Rehabilitation of Victims of Violence and Torture.

Last Wednesday, the centre received a warrant for closure “from Cairo governorate authorities stating that the centre had violated the terms of its license but providing no details”.

The conference was organised by the El Nadeem Centre, the Egyptian initiative for personal rights, the Egyptian Centre for Economic and Social Right, Association for Freedom of Thought and Expression, and the Cairo institute for Human Rights Studies.

During the conference, El Nadeem Executive Manager Laila Adly said: “The state wants to close the centre due to its reports documenting their violations.”

Aldy explained that they sent letter on Saturday to the health ministry calling on it not to close the centre. She further noted that they requested the postponement of the closure again, but they refused.

El Nadeem heads Adly, Aida Seif El-Dawla and Suzan Fayed said will remain at the centre headquarters on Wednesday and Thursday. The attendees also confirmed that they would be present at the centre on the two days, in rejection of the decision and out of solidarity with the centre.

Seif El-Dawla nonetheless said the centre would continue its work documenting state violations against human rights, irrespective of whether or not they closed the centre. She announced that the next report will be released on schedule, on 28 February, addressing the repression of freedoms.