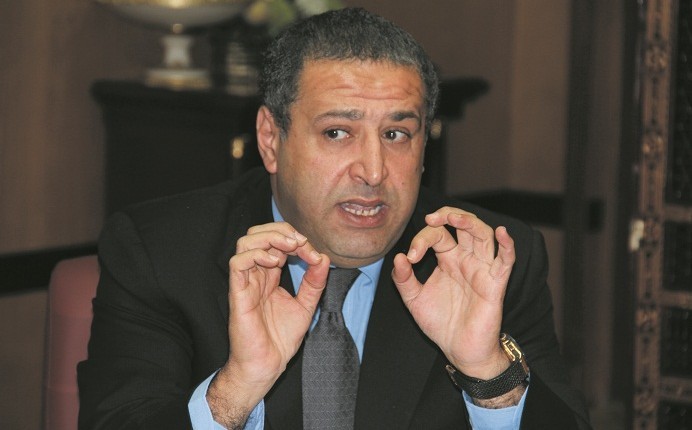 Minister of Investment Ashraf Salman called upon African representatives to achieve economic integration and speed up international economic growth, at the Africa 2016: Business for Africa, Egypt and the World forum in Sharm El-Sheikh on Sunday.

Salman’s statements came during a session entitled “Egypt is a key partner for business and trade in African countries”, which was attended by Foreign Minister Sameh Shoukry and private sector representatives.

“African countries’ economic indicators show that there are major opportunities for growth in the next 30 years. These are reinforced by 1.1 billion people who reside on the continent, exhibiting consumption rates of up to $1tr, expected to rise to $1.4tr by 2020,” Salman said.

He highlighted the importance of economic integration, cooperation, knowledge of strengths and utilising all available opportunities, especially in light of the slow global economic growth.

Salman pointed out that the Egyptian government has taken several steps to improve the business environment, promote economic openness and improve the infrastructure. He noted that this began with roads, energy, ports, easing travel procedures and eliminating bureaucratic obstacles, alongside efforts to facilitate intra-regional trade and services.

The trilateral agreement, signed during June 2015 for the establishment of a free trade area among the three main African economic blocs (COMESA, SADC, EAC), aims to boost economic integration between the south and east of the continent, added Salman.

He further pointed to the forum’s position as an important event to familiarise businessmen and investors with the latest developments in regards to investments in Egypt and the rest of Africa.

In addition, the forum provides an opportunity to discuss the challenges, mechanisms and strategies for facilitating the flow of direct investment to these countries, Salman said.

Egyptian investments in other African countries amounted to $7.9bn between 2003 and 2015 for 62 projects in numerous fields such as construction, chemical industries, energy and pharmaceutical industries, which provide approximately 21,000 jobs.

The government signed an agreement with African Export-Import Bank (Afreximbank) to support intra-continental trade and African countries’ exports, along with a number of bilateral agreements, including the promotion and protection of investment agreement, Salman added.

The Minister of Investment is expected to sign a cooperation protocol between Qalaa Holding and the Engineering Industries Export Council to enhance cooperation in the transport sector, especially railways.