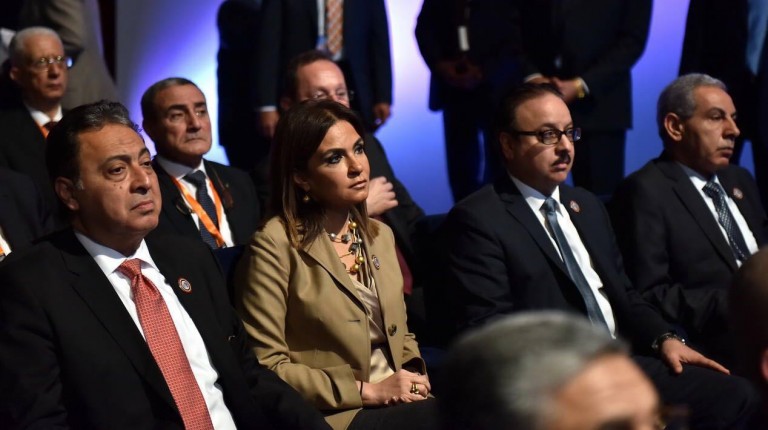 Egypt’s Minister of Health and Population Ahmed Emad Eddin will be meeting with the Ethiopian and Gabonese ministers of health scheduled Sunday during his time at Africa Forum 2016 to discuss the establishment of two pharmaceutical factories in both countries in the upcoming period.

Emad told Daily News Egypt the two factories will be jointly financed by Ethiopian and Egyptian companies and neither the share of each party nor the shareholders in the projects have yet been decided.

Negotiations over the projects will initially be at the level of governments and then will be followed by further meetings between interested companies over the next few days.

Egypt’s Pharmaceutical and Cosmetic Products Manufacturing Chamber met with a delegation from Gabon in January to discuss investment opportunities within the Gabonese market. The delegation called for the chamber to establish a pharmaceutical factory in Gabon to benefit from the Egyptian experience in the pharmaceutical sector.

The Gabonese delegation offered to facilitate allocation measures of required land for Egyptian factories and the registration of medicines, as well as participation in the financing to accelerate implementation of the project. It is expected the chamber of pharmaceutical industries will make a feasibility study about the project and will submit it to the Minister of Health.

The Export Council for Pharmaceutical Industries is betting that the member companies will increase their exports to African countries during 2016 to be an alternative to Arab markets that have seen political and security unrest throughout the past five years. The council expects that pharmaceutical exports will rise to about EGP 2.8bn next year compared to the current EGP 1bn.

Meanwhile Egyptian Minister of Health will meet with a number of pharmaceutical companies Monday to discuss their issues, especially the continuing increase in the dollar exchange rate and their demands to increase the price of medicines.

Emad said the meeting will tackle the companies’ crises and discuss possible solutions, pointing out that he will not discuss increasing the price of medicines.

“Increasing prices is a sovereign decision and I’m not entitled to take such decision. We seek alternative solutions to face the increasing cost of medicine production in light of the low rate of sales to the public,” Emad said.

Opinion: Gabon and the inglorious silence of African institutions

EU recommends fines for Spain and Portugal over deficits