Business We seek to develop a work vision common between the state and businessmen in order to enhance investment in Africa: CEO of GAFI
Pin +1 WhatsApp Tweet Share Share Jobzella Email 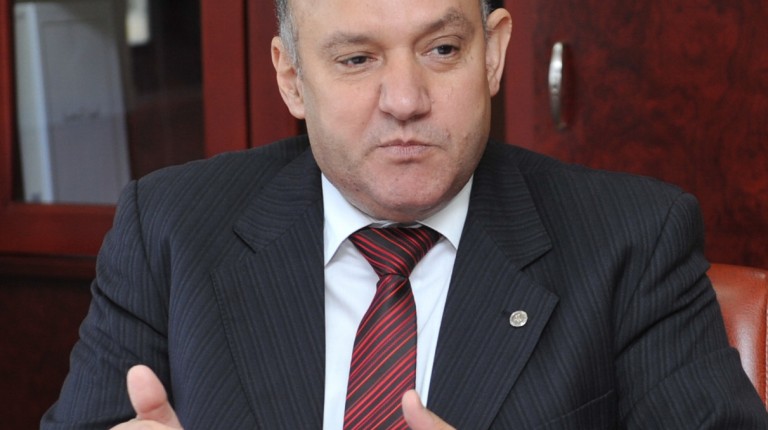 The General Authority for Investment (GAFI) is coordinating with the Egyptian capital and business communities to enhance their presence in the African market through developing a balanced work vision that is common between the state and businessmen, with the aim of overcoming obstacles facing their expansion in Africa, according to Alaa Omar, CEO of GAFI.

In terms of the Egyptian role in the African development, Omar stressed that there are still many unutilized opportunities before Egypt to invade African markets.

During the events of the second day of the Africa Forum 2016, Omar said that even though Egyptian companies invest nearly $8bn in African countries in the fields of energy, mining and agriculture, the amounts of investments are still modest compared to the ability of these markets to accommodate more investments worth trillions of dollars. He added that these markets await serious investors who desire to achieve major accomplishments in young non-utilized markets.

Omar believes that the African depth is still the most suitable one before any investments and expansions, with facilitated conditions for anyone who seeks to develop his projects. This is thanks to Africa’s production capacity and promising markets, as well as consumers who are still looking for the basic necessities of life.

He added that the volume of Egyptian investments –along with Arab investments- in Africa still does not exceed $5bn, which is a small number that doesn’t suit the ability of those markets.

He stressed that there must be a different vision in which the state participates with businessmen and investors in order to expand in investment and achieve diversity in all fields in competitive manners, as this will result in achieving common interests for everybody. This expansion serves the Egyptian national security in the light of the growing risks on regional borders more than anything, according to Omar.

Omar added that President Abdel Fattah Al-Sisi’s speech in the opening of the Africa Forum 2016 in Sharm El-Sheikh has set the correct basis for the forum’s agenda and its desired goals.

Al-Sisi’s speech focused on three main axes that represent an integrated system for the advancement of the African economy. He said it was necessary to pay attention to bringing up generations of youth that are able to lead in all fields and specializations, armed with knowledge and the ability to cope with the pace of successive technological developments.

He noted that it is necessary to make a shift and become a knowledge society that considers knowledge a priority, in order to launch into the future.

Omar explained that Al-Sis pointed out the positives in the dark continent, based on the high growth rates where 10 African countries occupied advanced ranks in the list of the most developed countries in the world.

He went on to explain that Africa is considered one of the richest continents in terms of raw materials that are considered the cornerstone of economies, in addition to manpower.

The trade and investment forum “Africa 2016” discusses several issues including the Egyptian role as a major contributor in the development process in Africa, and a gateway to attract foreign investments that seek to access African markets. Another issue discussed in the forum includes ways of enhancing the investment and trade relations amongst African countries, as well as establish partnerships among African governments and international development partners, especially in the light of the increased international attention to the African economy after its GDP exceeded $2tn.