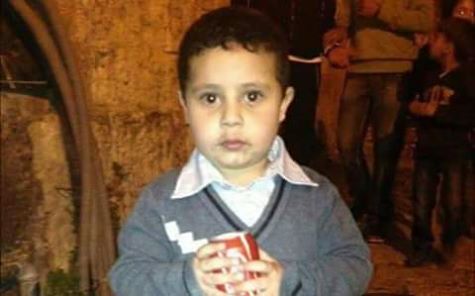 Major questions and outrage followed the sentencing of the four-year-old to life imprisonment last week, on charges including murder.

The incident dates back to a demonstration held in the Fayoum governorate (located 70 km southwest of Cairo) that followed the ouster of Islamist president Mohamed Morsi in 2013.

The child, Ahmed Mansour Kerni, received the maximum sentence after being convicted in absentia of offences that allegedly occurred during the demonstration two years ago – when he was a mere two years old.

Official spokesperson of the armed forces Colonel Ahmed Samir said there is another person named Ahmed Mansour Kerni, 16, in a statement on his official Facebook page recounting the chronological events in the case. The 16-year-old was accused of murder, disturbance of peace, and damaging state property in an indictment that listed 116 other defendants who were sentenced to life.

According to the indictment, details of charges include four counts of murder, eight counts of attempted murder, vandalising property belonging to the Egyptian Health Administration in his home province of Fayoum, threatening soldiers and police officers, and damaging vehicles belonging to security forces.

“According to the Egyptian law, no one can press charges against a child under 12 years old, so I believe that what happened is a mistake. The officials responsible for the investigations and the child’s lawyer should be referred to investigations,” head of the children’s defence network at the Lawyers Syndicate Ahmed Meselhi told Daily News Egypt.

It was reported that although the four-year-old’s birth certificate was presented to the court, one of his defence attorneys accused the presiding judge of failing to review the case before abruptly passing down a life sentence to the child.

Lawyer Faisal Al-Sayed had told the media the child’s birth certificate was presented after state security forces added his name to the list of defendants. The case however was referred to military court and the child was sentenced in absentia in an ensuing court hearing. Al-Sayed thereby posited this as proof that the judge did not read the case documents.

The four-year-old appeared with his father on a televised interview broadcasted on Dream Channel and presented by Wael El-Ebrashy. During the show, the child’s mother made a phone call to the talk show and said that police forces went to their house to arrest the child.

Moreover, contradicting the lawyer’s statements, the child’s father pointed out that when the judge learned of the child’s real age, he apologised and promised to rectify the misconception.

In June 2014, more than 180 people were sentenced to death after being convicted of participating in violent demonstrations against ouster of former Islamist president Morsi in 2013. A blind man was among the 180 who were convicted.