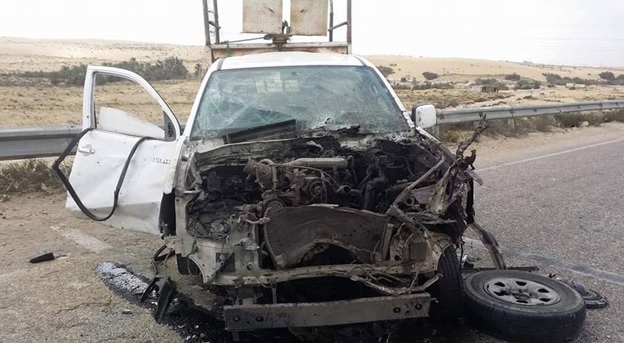 “Sinai Province” group, based in Egypt, is considered to be affiliated to the “Islamic State” (IS) and issued a statement on social media websites that included details of the attack.

“Thanks to Allah, the soldiers of the Caliphate planted two bombs in an apostate police patrol that included an armoured car and 4×4 vehicles near Romanah village, west of Baer El Abd; this act led to the perdition to all who were involved in the patrol,” their statement said.

The statement was circulated on social media by users claiming to support the group’s ideology.

One civilian was killed and 16 were injured in this deadly explosive, according to security officials. Photos of the aftermath showing the destroyed vehicles were circulated on social media websites.

This is considered to be the first attack in the region of Bear El Abd since 2012; it unveils further tensions and new strategies in the armed conflict between “Sinai Province” and state security forces.

North Sinai has become the scene of frequent clashes between militants and state security; intensified counter-insurgency operations were launched to curb militancy inside Sinai. These operations have imposed a state of emergency in northern regions of the peninsula

On Saturday, state security disconnected internet and phone services for nearly 12 hours during a security raid by police forces to recapture defendants. Many parts of the North Sinai governorate are under partial curfew, which has been in place since October 2014, when a deadly attack on an army checkpoint left 30 dead.