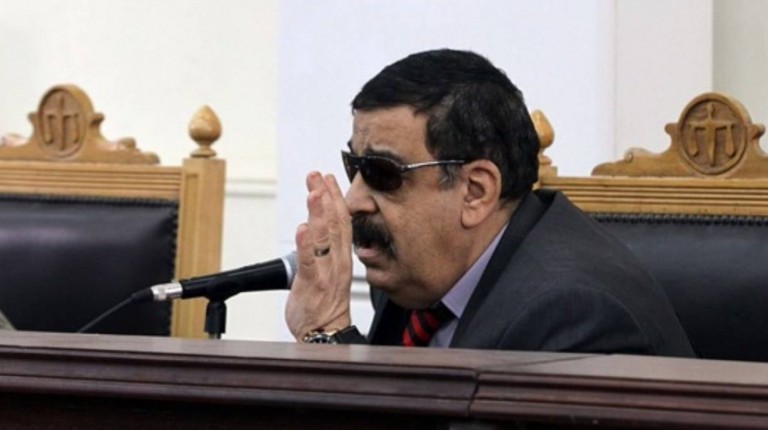 The Giza Criminal Court rejected Tuesday a request for Judge Nagy Shehata to step down from the trial of members of the 6 April Youth Movement.

The court also ordered the person who submitted the request to pay a fine of EGP 4,000.

Sameh Samir, a lawyer for one of the defendants, told Daily News Egypt the court violated Article 157 of the hearings law, which states that the court should hold a hearing for requests demanding that an official renounce a position.

“The court decided to reject the request without legal consideration, claiming the police could not transfer the defendants for security reasons,” he said.

Samir will file a complaint to the Supreme Judicial Court and issue a plea regarding the illegality of the verdict issued against the defendants.

Shehata drew backlash following his statements to local newspaper Al-Watan, published mid-December 2015, in which he described the movement as “evil” t. In his request, the lawyer reasoned that this constitutes explicit prejudice, affecting the outcome of the verdict from the court’s side.

Ten defendants, accused of protesting and belonging to the 6 April movement, were handed life sentences in absentia in October 2015. They were also charged with possessing weapons.

One of the defendants, Ramy El-Sayed, 28, worked as a translator for the movement after his graduation from the Faculty of Languages, according to a statement by 6 April Youth Movement in early November 2015.

He was arrested during a memorial service for a fellow member who was shot dead by security forces in August 2013, along with nine others.

The statement further added that the defendants had been released by the prosecution following their arrest. However, the verdict was issued suddenly, in absentia, and the defence lawyer was not present.

Meanwhile, the Cairo Court of Cassation also rejected a similar request presented by TV host and religious critic Islam El-Beheiry on Tuesday, which demanded the removal of the judicial board looking into his trial.

El-Beheiry was sentenced to one year in prison on charges of contempt on religion, following statements made on his TV programme questioning the teachings of Salafi preachers.