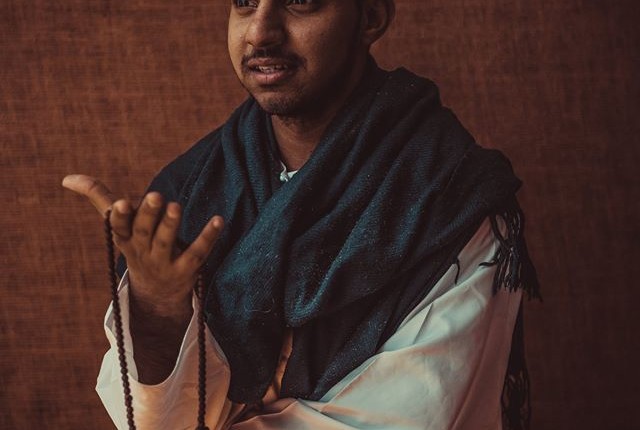 When the novel “Al-Asyad” (The Masters) was released, it grabbed the attention of large number of readers and critics since it tackles the different ways political systems can manipulate people  by spreading lies and myths and dividing the society into different social segments (rulers and slaves).

The novel features the methods in which the ruling family usually uses to convince the public of any certain idea they personally want to implement.

The Dream Theatrical Troupe decided to turn the novel into a play by presenting a new perspective to tackle the idea. The play was performed on 21 February at Romance Theatre in Ramses.

“This is not our first time to turn a novel into a theatrical play,” one of the actors of the Dream troupe, Ahmed Mostafa, said. “Before that, we presented ‘The Blue Elephant’ because we were fascinated by Ahmed Morad’s novel by the same name. We also turned ‘Necrophilia’ novel by Shereen Hanaay into a theatrical show that was performed in both Cairo and Alexandria.”

The Dream Theatrical Troupe is a group of independent actors and actresses who rely mainly on their personal effort to present a unique kind of art to satisfy their passion. “We have been preparing for this play for more than a year to present it in the best way. In our opinion, novels adapted into plays always have positive effects on both the literary and artistic works. The play promotes the original novel and motivates more people to read it. The novel urges people to go to the theatre to find out how it was turned into a theatrical show,” he said.

The author, Hassan Kamal, said he is always interested in meeting young people and supporting their artistic initiatives. “When some members of the troupe contacted me to turn the novel into a play script, I was excited because I felt how they are passionate about what they are doing. I attended the rehearsals and gave them some remarks on the script until it reached its final draft,’’ he said.

Kamal attended the troupe’s first play “The Blue Elephant” and was fascinated by their outstanding persistence and pure talent although he had some suggestions for them. ‘’They are improving their performance gradually and they took all my comments into consideration and this is a great indicator,” he said.

Kamal believes turning novels into plays by young theatrical troupes must raise questions about the quality of the content provided by the famous troupes that appear on television every now and then. “I wonder how young artists could pay attention to the value of the literary works as a base for constructing good plays, while the famous ones still provide silly and old jokes and call it theatre,” he said.  Theatre adds great artistic value to the literary work since it may provide a new perspective to tackle the same issue although it may not be the best way to promote novels.

“I never have the intention to turn my novels into movies or plays but when I get offers, I prefer to think wisely about them and see to what extent they can benefit my work,” Kamel said.

Although Kamal agreed on turning his novel “Al Marhom” into a movie, he is still working on his upcoming literary project. “I plan to release my next novel within six months,” he said.