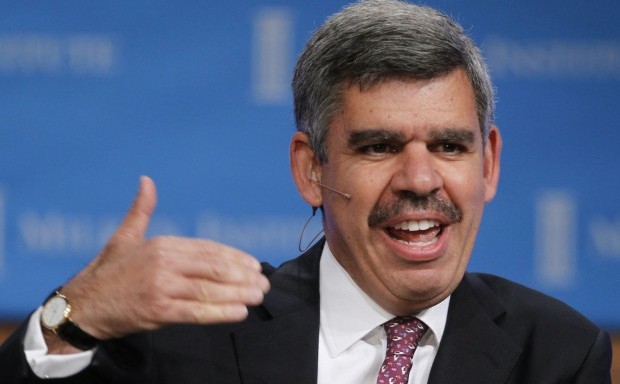 The global economy is at the end of an economic road and is approaching a T-junction, chief economic advisor at Allianz Mohamed El-Erian said Wednesday during a press conference by the American Chamber of Commerce.

The conference addressed how countries can navigate the uncertain global economy with what El-Erian described as a “number of improbable events”. The global economy is either going to become a lot better or a lot worse, he said highlighting the probability of either outcome is equal.

Engaging the private sector will unleash high growth and reduce the risk of financial stability with a possible positive outcome. “Egypt operates in a global neighbourhood. When you have a house in a neighbourhood, you better understand what the neighbourhood is like,” he said. “Anybody operating in the global markets witnessed some events that should have not happened.”

El-Erian was referring to the oil crisis and the negative interest rates the global economy started experiencing recently and that he does not know of a single economic text book that talks about negative interest rates. “For about 30% of government debt, the lender is the one paying the interest. That’s a fact,” he said.

China is suddenly making policy mistakes; when a well-managed economy makes such mistakes, people should start paying attention. The western economy is having a structural shock. The global economy had been in stagnation for many years and when that happens to the west, “bad things” start to happen.

“Banks are turning away deposits; think how silly this is,” he said. “They don’t want your [corporate] deposits because it results in losses.”

The financial system has become very unstable and economic uncertainties have made people angry at a system that has not delivered, he said regarding political instability in the US. “The western economy has not been able to grow properly. The rate of unemployment in youth is rising higher and higher,” El-Erian said. “The west did not experience this before.”

The economy has produced incredible innovations and companies have a great deal of cash but despite having the conditions for growth and financial stability, the reality of the economy is the exact opposite. Inequality is the worst it has ever been.

As to how companies can overcome the economic instabilities, he said they should use scenario analysis, recognise blind spots, use structure, and innovate, and leverage their brand.

“We need resilience and options as a country,” he said.”The world is changing and where we will come out is still uncertain.”

Though Egypt is doing far better than other countries, it is nowhere where it should be; Egypt risks falling into the trap of relying too much on the central bank. “What Egypt is facing is significant but it is not as dire as other countries,” he said. Egypt is a huge domestic market that is not yet fully employed. Private and public partnership is the solution for Egypt to navigate what is ahead.

We are at the end of the economic road: El-Erian