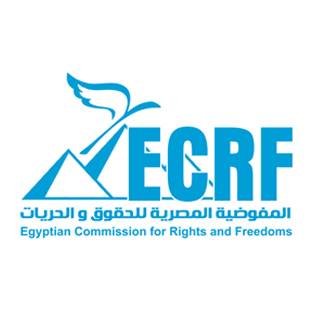 A Minya juvenile court sentenced Thursday four minors to be imprisoned for five years on charges of contempt of Islam. The four Coptic minors were charged with  “mocking Islamic prayer rituals” and publishing a video  “which disrupts public order”, according to the Egyptian Commission for Rights and Freedoms (ECRF).

“This is the third case we have documented involving Coptic minors convicted of religious contempt, since the revolution,” ERCF stated.

The defendants were released on bail pending trial last May. According to ECRF’s Mina Thabet, legal lawsuits can be established by prosecution authorities based on an individual complaint or claim.

“This is how it happens in incidents of this kind. There was a famous case of a lawyer who was reported to authorities for insulting religion, based on a claim made by his colleague who overheard him engaging in a conversation about religion!” Thabet said in comments to Daily News Egypt Thursday.

The Minya case also included the minors’ teacher, who was previously sentenced to three years in prison, on charges of aiding the broadcast of  “contempt”. The incident initially sparked outrage in the village of Beni Mazar, when a video featuring the five defendants after circulating online, as well as inciting sectarian tensions in the town.

According to ECRF, the video showed the young defendants performing an Islamic prayer, as one of them pretended to execute another in imitation of real video footage from the terrorist group “Islamic State” (IS). The teacher also appeared in the video.

However, according to Thabet, technical reports presented in court describing the video, did not include a major part of the footage, which was the basis of the defence claims, because it proved that the video was criticising IS, not Islam.

ECRF considers the video as freedom of creativity and expression. The commission reported that the lawyer in the case claimed the court had not watched the video, relying mainly on prosecution and police reports, and that the incident has been completely manipulated due to sectarian disputes in the village.

ECRF said the minors’ case was preceded by similar ones, such as in Beni Suef, where children were as young as nine were accused of contempt after rumours circulated that they had torn pages of the Quran. Additionally, intellectuals have been sentenced to prison-time over the same charges.

The issue of ‘religious contempt’ was the reason for the debate brought up in recent months by intellectuals and defenders of freedom of thought and expression. In a press conference earlier this week held at the Press Syndicate, writers called for the abolition of a legal article allowing charges of ‘religious contempt’ to be included despite its broad definitions.

“Religions do not need to be protected by laws,” said Thabet, adding that he supports demands to annul Article 98 of the Penal Code, a call that has been made by lawyers and NGOs defending freedom of expression. The law allows for imprisonment over published or expressed content.

“It is now a very pressing matter, because until it is annulled, if you are accused of contempt of religion, you are probably doomed,” Thabet concluded.