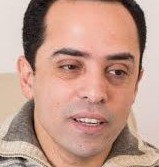 The political climate in Egypt is currently clouded over by extreme uncertainty and justified confusion about political alliances and parties, regardless of their experience or strength in the Egyptian arena. I feel political parties are not serious in their attempts to build a modern Egypt.

Even if political parties try to attract influential public figures to win them seats in parliament, most of these parties have already succeeded and won seats of public figures, mostly related to the dissolved National Democratic Party (NDP).

These parties are desperately trying to prove that they are present on the streets, contrary to the reality. Regardless of these figures’ backgrounds, patriotism, or political affiliation, we cannot undermine the patriotism of these figures.

The Egyptian political scene needs to be reviewed by all Egyptian parties, without personal and partisan bias. We rely on political parties to produce political leaders the future we are aspiring to build needs to be solid in the face of controversy. This block can be represented by a powerful coalition in the House of Representatives. The Egyptian state urgently needs to affirm its ability to establish prestigious institutions.

The inability of political powers in Egypt to read the political scene will put those in charge in a true dilemma; Egypt has severe weakness in the performance of political parties and their inability to establish strong political entities which can attract the average citizen. Therefore, talking about politics should be through individuals who have the ability to study the political situation in the country and find out the “catalogue” of political coalitions and elections in general.

The weakness of political parties is very clear and their problems emerge from their permanent conflicts, whether within the one-party or between fragile partisan alliances- clearly shown in one of the oldest parties in Egypt. As a result of these conflicts, the parties are threatened by further confusion and failure in political life, despite many of their members’ experience represents the hope of creating real representatives for the average citizen on the street who can truly reflect society’s problems.

Unfortunately the personal interests of those heading political parties seem to outshine the actual interests in the Egyptian people, which has resulted in the current difficult situation. The majority of political associations have no contact with the man on the street and have instead settled for closed rooms meetings. As for partisan alliances, they are utterly useless since there was little interest in saving the country from political, economic, and social collapse so long as members benefitted personally.

Although the parliament does contain some public figures with good reputation, the very institution of the Egyptian parliament is itself a warning of the failure, which will result from the alliances formed in the last period. These alliances were based on money personal interests; politics in Egypt is a sham.

Where have politics and the real politicians gone? Where are the real, valid political practices? Where is the political freedom following the 25 January Revolution? May God protect Egypt and its people.

Abdallah Al-Moghazy is the former assistant to both Prime Minister Sherif Ismail and former prime minister Ibrahim Mehleb. He previously served as the spokesperson for President Abdel Fattah Al-Sisi’s electoral campaign. He also held a position on the Youth Advisory Council for the Supreme Council of Armed Forces, and was a spokesperson for the Al-Wafd Party

Egyptians in Qatar: where to?

The impending disaster of pushing the retirement age beyond 60

The president and the youths