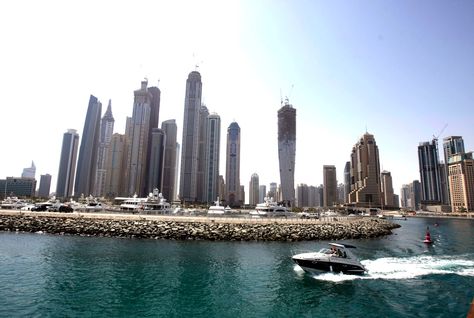 The value of the projects currently underway in Dubai is $53.6bn while the value of planned projects is expected to be $337.2bn, bringing the total value of projects to a notable $390.8bn, a report issued by Deloitte and MEED Projects stated.

“These are significant amounts of investment for most mature economies, but for an emerging market such as Dubai, they are extraordinary figures which provide evidence of Dubai’s increasingly diversified economy,” a statement issued by Deloitte and MEED Project read.

With regards to residential units, the report stated that the total value for ongoing and planned projects is $66.4bn. The report added that by the end of 2015, the sales of residential units faltered by about 10%, adding that prices may continue to soften in 2016.

“The total development activity within the hospitality and leisure sector is estimated at $21.2bn, which comprises of projects in the execution and the planning stages,” the report added.

The emirate plans to attract 20m tourists annually by 2020. The report expected growth to remain modest in 2016, with an average occupancy rate of 70% to 75%.

The value of retail projects is $15.33bn. Despite the expected flat growth in that sector in 2016, the report pointed out that Dubai will remain the “leading retail destination globally”.

“The total quantum of activity within the commercial sector is estimated to be $9.1bn,” the report said, predicting that the “number of additional projects will be announced during 2016 in prime locations such as DIFC where there remains a strong demand”.

“Notable contracts awarded in the first month of 2016, such as the $840m second phase of the Atlantis Hotel on Palm Jumeirah, Nakheel’s $380 m Palm Gateway Towers, the $370m ICD Brookfield Place, and Wasl’s $190m Mandarin Oriental Hotel, show that developers are confident in the market’s long-term prospects,” James said.

“As a result, companies involved in project development can feel quietly optimistic for the year ahead in the emirate, even if activity elsewhere in the region slows down,” he added.

Building Egypt’s and the Gulf’s future