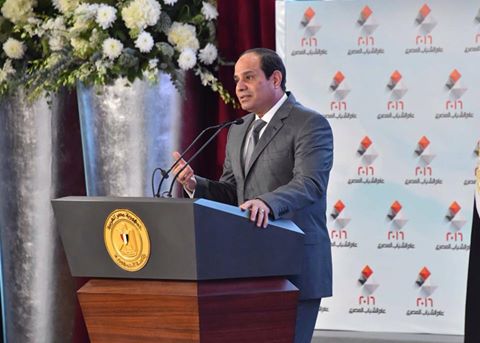 Just weeks after Japan and Egypt assumed their roles as non-permanent members of the United Nations Security Council, the Egyptian president will travel to Tokyo for discussions on topics that will range from trade to economic assistance and security issues.

President Abdel Fattah el-Sisi will arrive in Japan on Sunday, February 28 and, over the following three days, is scheduled to hold discussions with Prime Minister Shinzo Abe and meet Emperor Akihito at the Imperial Palace.

Arrangements are also being made for el-Sisi to address the Diet, which would make him the first president of Egypt to speak in the Japanese parliament. The visit comes just over a year after PM Abe went to Cairo for discussions.

During the official visit, the two leaders are expected to sign a number of agreements on trade and official government assistance, including the provision of a loan of around Y10 billion ($89.65 million) to help finance the construction of a vast solar power plant and the large battery system required to store the energy that the project generates.

The 20-megawatt solar power plant is set to be built in the city of Hurghada, on the Red Sea coast alongside a storage facility with a capacity of 30 megawatts. The project is scheduled to be operational by 2019 and would supply electricity to around 7,000 nearby households.

The total cost is estimated at Y10.5 billion ($94.16 million), with the Japanese government loan to be paid back over a long period and at a low interest rate.

The site will be Egypt’s first large-scale solar power plant that is linked to a large storage facility, and the Egyptian government is to hold a public tender for Japanese companies that have developed advanced battery technology.

Japan hopes the project will serve to showcase the nation’s skills and knowhow in the rapidly expanding market for renewable energy in the Middle East and North Africa.

Talks are also under way on the provision of a $243 million loan for three electricity distribution companies in Cairo, Alexandria and the Delta region, as well as a grant totaling $14 million for the Abu El-Rish Children’s Hospital.

Tokyo is also helping to finance the construction of small-scale dams in Dirout, as well as a scheme using clean coal and the provision of equipment for the Egypt-Japan University.

“Abe is very keen to cover as many countries as he can in his efforts to build a more proactive foreign policy,” said Jun Okumura, a visiting scholar at the Meiji Institute for Global Affairs.

“He has already been very active in Southeast Asia and the republics of Central Asia. And while Egypt may be rather distant from Japan, it is a good friend to the country,” he told DW.

The state of the Middle East will be an area of shared concern, Okumura said, with Japan keen to work closely with Egypt to ensure that present conflicts do not spread and that the risk of terrorism is reduced.

Japan has been accused by “Islamic State” (IS) of being a supporter of the United States in the region and propaganda messages have singled out Tokyo as a target for future attacks. Last year, two Japanese nationals were captured and executed by the militants.

“Japan’s relationship with countries in the region is defined by its ties to Washington and that is also the case with Cairo,” said Jeff Kingston, director of Asian Studies at the Japan campus of Temple University.

“Much of Japan’s interests in the region will revolve around the perceived terrorist threat and what Japan can do to assist in that area,” said Kingston, pointing out that the Japanese government last year set up a new intelligence coordination division within the Foreign Ministry tasked with gathering information on potential threats and sharing it with allied nations.

Japan will also be keen to enlist the support of Egypt in its efforts to isolate North Korea and, eventually, eliminate its nuclear and ballistic missile programs. North Korea may not be a direct area of concern for Egypt, but Pyongyang has links with other regimes in the Middle East and is understood to be sharing nuclear and missile technology with Iran.

“This is something that will be high up on the Japanese side’s agenda, particularly given that Egypt is also at present a non-permanent member of the UN Security Council,” said Okumura.

“Abe will use this opportunity to help build the coalition against Pyongyang and I expect Japan to be very active in this area, such as calling for stricter sanctions, over the duration of its time on the council.”