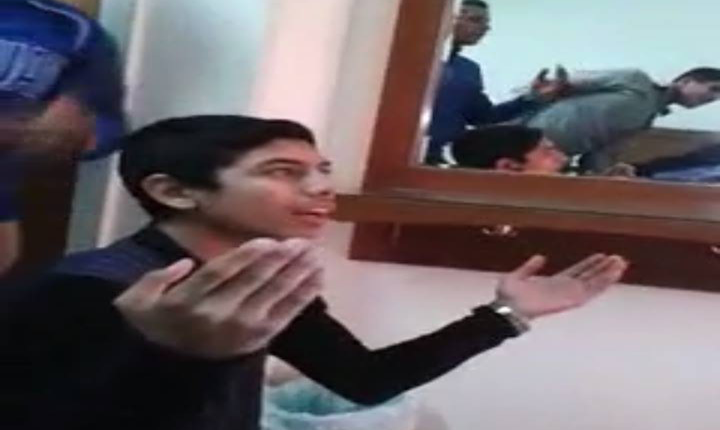 The Egyptian Initiative for Personal Rights (EIPR) condemned Thursday the sentencing of four Coptic minors in Minya on charges of “defamation and insulting Islam”, describing the verdict as “part of a vicious assault on civil liberties”.

The Minya juvenile court sentenced the four minors to five years in prison on charges of  “mocking Islamic prayer rituals” and publishing a video  “which disrupts public order”.

One of the minors, Clinton Magdi, will be placed in a juvenile correctional facility.

The case also included the minors’ teacher, who was previously sentenced to three years in prison, on charges of aiding and abetting the broadcast of “contempt”. The incident initially sparked outrage in the village of Beni Mazar when the video started circulating online, as well as inciting sectarian tensions in the area.

EIPR said the sentence, among other similar cases, ” violates citizens’ constitutional rights, most importantly, their freedom of religion, opinion, and expression”.

According to a statement, EIPR said it has documented nine cases since the beginning of 2015 “in which 12 defendants, including Copts and Muslims, both Shia and Sunni, as well as atheists, were convicted. More than 11 cases are still pending before the Public Prosecution”.

“The investigative and judicial bodies do not provide the necessary protection for these victims,” said Ishak Ibrahim a researcher with EIPR. “In fact, in many cases they have contributed to the infringement of defendant’s basic rights.”

“The General Prosecution has openly sided with complainants or assailants while judges adopt conservative interpretations of vague penal legal provisions, therefore the process violates many inalienable rights such as freedom of belief, freedom of expression, and the right to a fair trial,” he added.

A death that matters