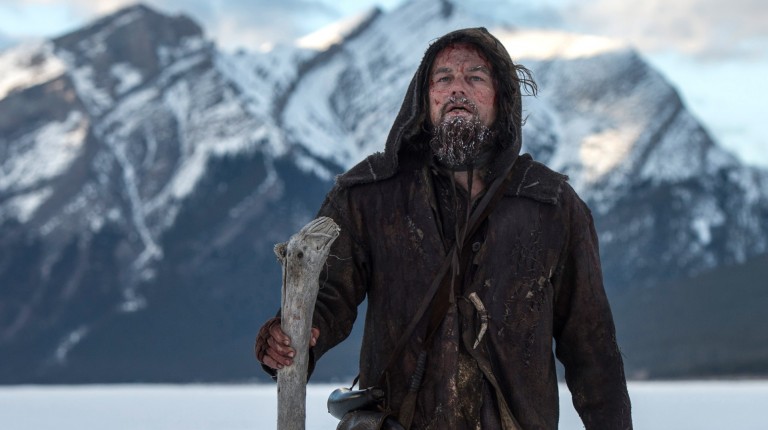 For decades, the Academy Awards – better known as the Oscars – has been one of the most important artistic ceremonies, capturing the attention of millions of cinema fans worldwide. The live show will air on 28 February and the winners will be announced.

The Academy’s nominations in 2016 were accused of lacking in diversity, since most of the nominees for the main awards were white, so a large number of filmmakers have decided to boycott the ceremony including Will Smith, Spike Lee, George Clooney, and many others. To overcome the rising criticism, the Academy chose US comedian Chris Rock to host the show instead of well-known TV host Ellen DeGeneres who used to present it successfully.

Among the prominent nominees for Best Actor is Leonardo DiCaprio for his movie “The Revenant”, based on a true story of a hunter who was attacked by a bear and left to die by his unfaithful friends. Although DiCaprio has never won an Oscar before, his fans believe that he has a strong chance this year.

Oscar winning Eddie Redmayne was also nominated for the same award for his outstanding role in the “Danish Girl”, a biography about Danish pioneer in the transgender movement Lili Elbe, who bravely faced society along with her supportive wife Greda Wegener.

Surprisingly, Christian Bale was nominated for Best Supporting Actor for  “Big Short” which featured many superstars such as Brad Bitt, Steve Carell, and Ryan Gosling. The movie revealed facts about housing in the credit bubble of the 2000s. Sylvester Stallone was nominated for the same award for his role in “Creed”, the only nomination for this film.

Cate Blanchett was once again nominated for Best Actress in a leading role for her British-American romantic drama “Carol” in which she played a controversial character; a married woman who becomes involved in a lesbian affair with Therese and how this affects her marriage. Rooney Mara, who played the role of Therese, was nominated for Best Supporting Actress.

Brie Larson was praised for her exquisite role in “Room”, for which she highly deserves her nomination as Best Actress in a leading role. The movie tells the story of a 24-year-old woman who was abducted and held captive for seven years in a small room with her 5-year-old son, who had to deal with the outside world for the first time to help his mother escape. Other famous actresses such as Jennifer Lawrence, Charlotte Rampling, and Saoirse Ronan were also nominated for the same award for their roles in “Joy”, “45 years”, “Brooklyn”, respectively.

“Mad Max”, starring Tom Hardy and Charlize Theron, was one of the most prominent nominees for the Best Picture award along with ”Big Short”, “Bridge of Spies”, “Brooklyn”, “The Martian”, “Spotlight”, “Room”, and “The Revenant”.

Animated movies always receive a great deal of attention from the Academy: “Boy and the World”, “Inside Out”, “Shaun the Sheep”, “When Marnie was there”, and “Anomalisa” are nominated for Best Animated Feature Film.

Although the Jordanian movie “Theeb” is the only Arabic-language movie to be nominated, many filmmakers and critics expect it to win the award for Best Foreign Language Film. The film tells the story of a small Bedouin child who guides a British officer to his secret destination during World War I. The Colombian movie “Embrace of the Serpent”, the French “Mustang”, the Hungarian “Son of Saul”, and the Danish “A War” were also nominated for this award.

Volkswagen pokes fun at Egyptian journalist who covered the Oscars