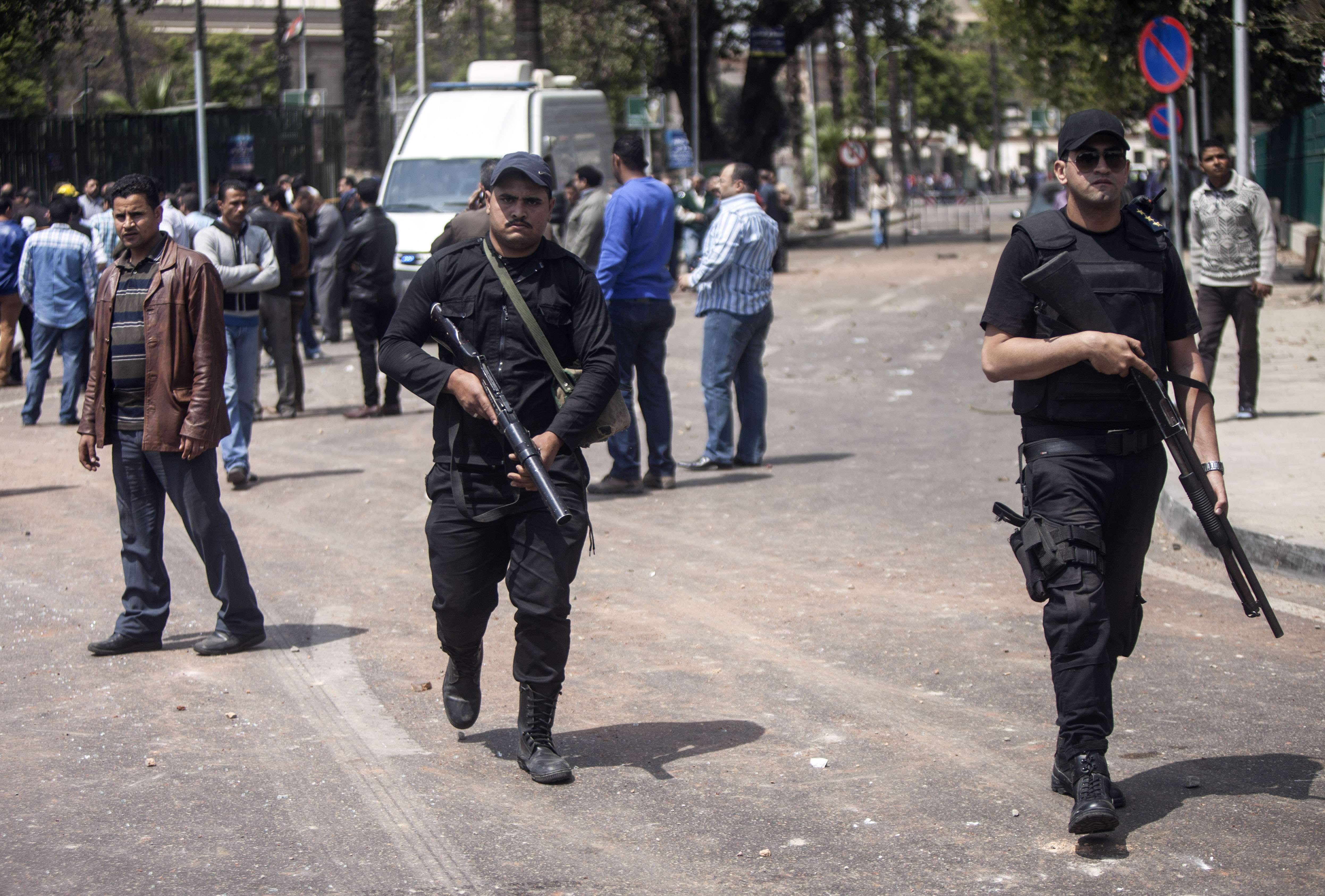 A police officer of the Badrasheen police station was killed Friday in a drive-by shooting in Giza by three unknown assailants.

The gunmen opened fire at a police checkpoint stationed at the Badrasheen train station.

There have been several attacks on checkpoints and security personnel in the area of Badrasheen.

Shootings, mainly targeting police and army officers, as well as state officials, have become a weekly occurrence in Egypt since the ouster of former President Mohamed Morsi in July 2013.

No militant group has claimed responsibility for the attack in Giza.

Two protesters killed during clashes with police in Damietta