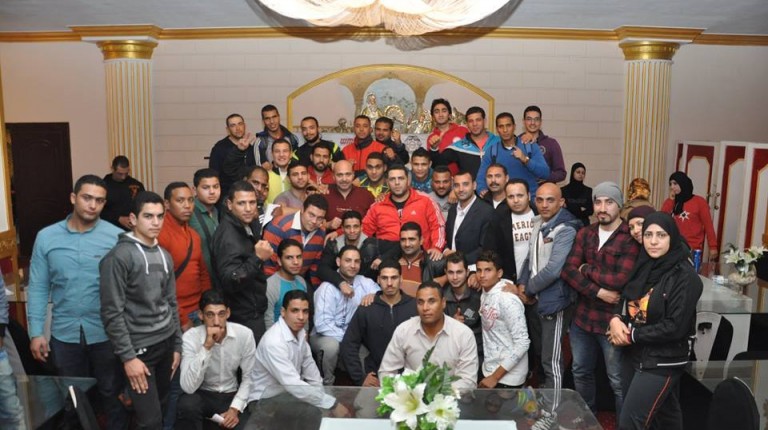 Under the auspices of the Egyptian Mixed Martial Arts Association, the Advanced Training of Kick Boxing Trainers, started Tuesday, held by the Egyptian and international expert Mohamed Sobih, who represents Egypt in both the Arabic and International Kick Boxing Federation.

The training took place in the Signal Corps Officers House and will continue until 28 February, including practical training on the ring, which took place on 27 February.

Professor at the Faculty of Physical Education Abdel Latif Said Abdel Latif participated in helping with training. He stressed on the necessity of protecting the players and keeping them un-exhausted so the players could participate in the international championships.

Kung fu and kick boxing trainer at the Signal Corps Officers House Ayman Amer, who participated in the training, expressed that trainers in this training were exposed to the most developed scientific and professional methods. It will prepare the kick boxing players and teams and qualify them for the international championships.