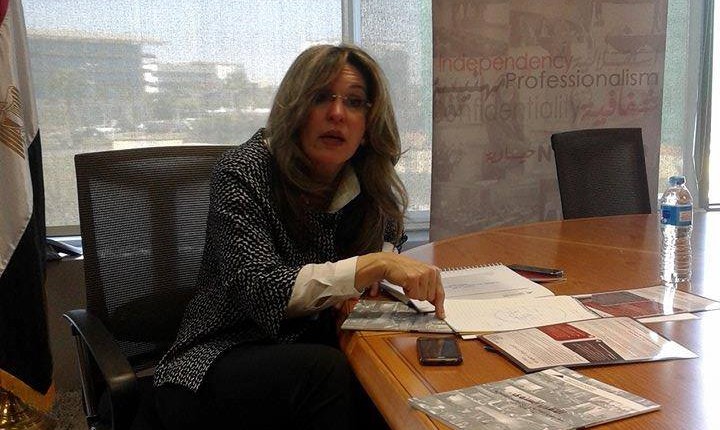 The Egyptian Competition Authority (ECA) is reviewing 20 cases, raised by citizens and companies, of monopolistic practices in the local market since the beginning of January.

Did recent decisions taken by Ministry of Trade and Industry and CBE to restrict imports create monopoly in certain markets?

Recent decisions to curb imports and increase tariffs on some products created some monopolistic practices in the market. Those decisions must be temporary in order to protect the market. It is the same as imposing indicative prices on foreign imports to protect the industry, especially since they do not encourage fair competition.

What is the work plan for you this year?

ECA aims to achieve fair competition in the Egyptian economy and prevent any actions that would harm or restrict market competition.

The authority is researching ways to develop the efficiency of the Egyptian economy to improve consumer welfare especially since the market is suffering misallocation of resources as a number of companies have monopolised several sectors randomly.

The aim of the authority is not simply consumer welfare, like that of more economically developed countries, but rather to raise the efficiency of the economy.

What problems hinder the operation of the authority?

The authority faces a range of problems such as a poor environment for local and foreign investors and being unable to attract new investments.

Moreover there is a lack of human resources in the technical department and experts of investigating cases brought to the authority’s attention. This extends the time needed to investigate cases and reach conclusions, taking up to five years.

What do you think about the bill for preference of domestic products?

On the one hand, the bill serves to protect the domestic industry but on the other it also offers better opportunities for local products and prevents foreign products from competing, which can eventually lead to monopolistic practices.

What are the drafts laws currently being reviewed by the authority?

The authority received an invitation from Minister of Legal and Parliamentary Affairs Magdy El-Agaty to review the Communications Act, which includes many articles concerning competition. The authority is also studying the Consumer Protection Act, as well as the tenth draft of the Investment Law.

Does ECA intend to modify the Competition Protection Law?

There is no intention to amend the Competition Protection Law; it was already amended in 2014. There are many articles that have yet to come to force, including the precautionary measures, which allows for the taking of interim measures against companies or entities under investigations until proven by irrefutable evidence.

What are modifications conducted on terms of reconciliation with violating companies?

ECA holds educational seminars with administrative and legal bodies in the state to clarify its working mechanisms in the market.

Are there articles ECA wants to add now to draft law?

An article should be added to the draft Competition Protection Law to allow supervising companies’ mergers and acquisitions to prevent monopolistic practices or hidden agreement between them.

What is new in monopoly lawsuit ECA filed against Oriental Weavers?

I am 100% sure that Oriental Weavers is practicing monopoly in the local market. Prosecution is still investigating the case. The reason it took such long time is due to the lengthy procedures needed to investigate monopolistic practices.

If the prosecution is convinced by it, it will be submitted to the economic court to be investigated again and if the court is convinced, the company will pay the fine. We spent a long time on this case, which was suspended for two years.

ECA suggested reconciliation with Oriental Weavers, however the company refused as it perceived the financial fine to be exaggerated.

How  can merchandisers be prevented from controlling prices in fruit and vegetable markets?

Controlling prices of crops is impossible, owing to the several parties involved in the agricultural production process such as suppliers, merchandisers, and farmers.

Moreover trading in crops occurs without bills, which makes it difficult to prove monopolistic practices or hidden agreements among merchants. We tried to investigate potatoes and tomatoes to reveal hidden agreements between merchandisers controlling the prices of these two commodities. However we found that agricultural trading is chaotic because there are no bills.

No entity currently monitors prices in markets so consequently merchandisers are controlling prices. We have nothing to do with monitoring prices; it is the role of other bodies, such as the Consumer Protection Agency.

What complaints did ECA receive in the communications sector?

Do you cooperate with the National Telecommunication Regulatory Authority (NTRA)?

Of course we do, we cooperate with NTRA by exchanging information and experiences in issues with which both of us are concerned, in addition to technical support. We also work together by unifying ways of economic and legal analysis which both of us conduct in communications sector. Additionally we monitor commercial and economic activities that mobile and communications companies conduct, as well their competition with each other.