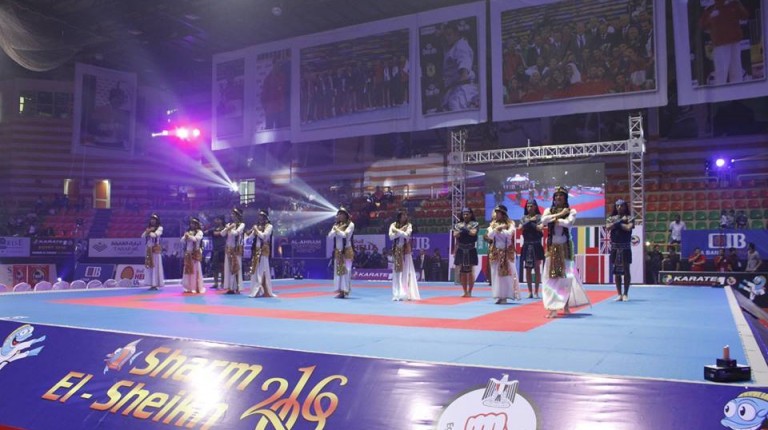 The Karate1 Premier League celebrated in Sharm El-Sheikh started in 26 February and concluded its events Sunday.

Celebrating such a prestigious league in the Egyptian touristic city of Sharm El-Sheikh is very significant for tourism to recover its reputation and prove the country is a safe place that can host important sports events.

In terms of the team “kata”’s competitions, Egyptian kata female’s team surprised the audience when they won the female kata’s division while Morocco’s team won the gold medal in the male’s kata division.