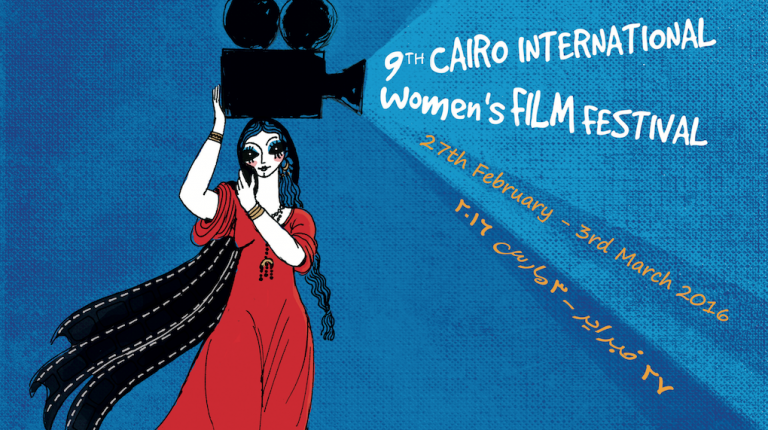 Over the past eight years, the Cairo International Women’s Film Festival created a meeting space for female filmmakers from around the globe. In addition to screening a large number of local and international features, documentaries, and animation, the festival shed light on dozens of social, cultural, and political issues from a different perspective.

The festival intends to hold its ninth annual edition from 27 February to 3 March that will organise screenings for 60 Egyptian, Arab, and international movies for amateur and experienced filmmakers from 40 countries worldwide.

“The main objective of the festival is to introduce the Egyptian audience to artistic works of female filmmakers worldwide. We provide audiences with a kind of cinema they would never find anywhere else,” founder and director of the festival Amal Ramsis said.”The movies don’t have to be fully dedicated to feminist issues, however they must have a female director to be accepted in the festival since we want people to try to see the world thorough women’s eyes.”

The festival was initially founded by a group of women who work in the cultural management fields but Ramsis is the only one who studied cinema in Spain. “We depend mainly on individual efforts but the Egyptian Ministry of Culture allowed us to use Markaz El-Ebdaa, Al-Falaki theatre, and Goethe Cultural Centre for screening the movies,” she said.

According to the its official website, the festival has organised screenings of films in other countries over the past eight years, including Lebanon, Syria, Jordan, Morocco, Palestine, Spain, Bolivia, Argentina, Cuba, Colombia, Costa Rica, Peru, Mexico, El Salvador, Paraguay, Germany, Nicaragua, Algeria, and Slovenia.

In addition to allowing filmmakers to submit their movies online, the festival also coordinates contact of international festivals to keep track of the best films, and invite their directors to come and share their experience in Egypt. The preparation for the festival takes from five to six months annually.

“In  the beginning, we didn’t expect to receive large audiences on our screening nights. However we were astonished that people from different social and cultural backgrounds became more attracted to attending the shows and actively participated in the seminars and open discussions held after each show,” Ramsis said.

Therefore the administration decided to let the audience vote for the best movies deserving of awards. “Audiences always surprise us with their good artistic taste . In 2013, an experimental fiction movie won the competition and an Iranian documentary won first prize in 2014. This refutes claims by Egyptian filmmakers who always assume that people prefer watching commercial movies regardless of the quality or the content they present,” she said.

In her opinion, people will always be attracted to a good film. However Egyptian audiences need free of charge screenings for international movies that must also be translated into Arabic to allow people from different educational backgrounds to feel involved. This is what mainly distinguishes the women’s film festival from others.

“The festival attracted men and women from different age groups and this was our main goal. We didn’t want to restrict our shows to an elite audience but we wanted to get out to all people and give them a chance to understand international movies and perceive their various messages,” she said.

Although the festival caught the attention of different media outlets, it still does not receive the same attention directed to governmental festivals. “We managed to establish a good reputation despite being restricted to personal efforts and financial resources. People have been waiting for us to get closer to women’s cinema that opens different international topics other than female genital circumcision (FGM) and domestic violence,” she said.

This year, a new section called “Cinema and Dance” will be introduced to the festival’s schedule. “We also plan to honour the great documentary director Nabeha Lotfy who passed away this year and screen one of her movies for the first time,” Ramsis said.

Kaleck: Dealing with Argentina’s past is the ‘prime objective’