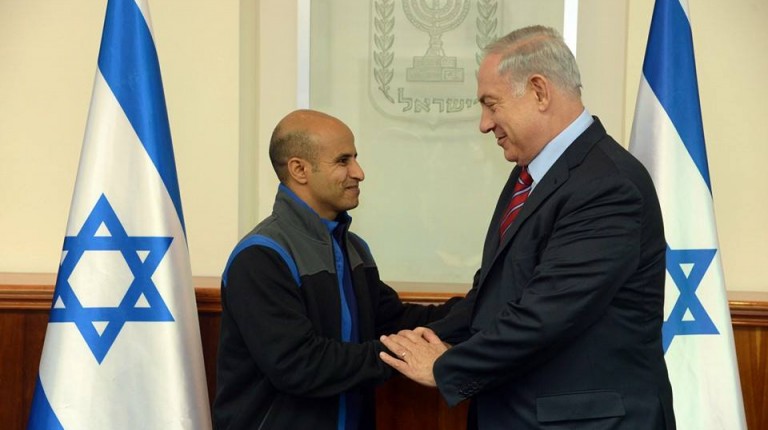 The Ministry of Interior announced in a statement Saturday details of an alleged “terrorist cell”, comprising six members who were arrested in Damanhour.

The defendants were supposedly in contact with Egyptian Muslim Brotherhood members who fled abroad, with the purpose of establishing militant groups across all governorates in order to “committee terror acts”.

The six men were shown in a photo, released with the ministry statement, in militant clothes in front of a group of weapons, cameras, and mobile phones.

The six defendants confessed to belonging to the Brotherhood group and to have received military training as well as having targeted police checkpoints in the city of Damanhour. One of the many criticisms directed towards Egyptian security forces is the arrest of individuals without any legal reference and then publishing statements and showing them in videos confessing to crimes and acts of terror.

The ministry said they have been referred to prosecution, which has the authority to refer the defendants to military court. The arrest is part of a crackdown on perceived militants by the state. The government does not differentiate between the Brotherhood, which it branded a terrorist organisation on 2014, and other “extremist” groups.

Since then, hundreds of alleged Muslim Brotherhood members have received preliminary death sentences in mass trials, widely condemned by international rights groups and governments. Egyptian authorities maintain that the judiciary is independent and that defendants are granted due process, insisting that the trials adhere to international standards.

The government has used a growing insurgency in the Sinai, as well as increasing attacks in Cairo and other urban areas, as justification for its crackdown on Islamists and other opposition groups.

Al-Sisi recently vowed to enforce tougher security laws and expedite judicial procedures to implement sentences against “terrorists” more quickly. These comments have been repeated by state officials since the assassination of former prosecutor general Hisham Barakat, who was assassinated in a Cairo explosion June of last year.