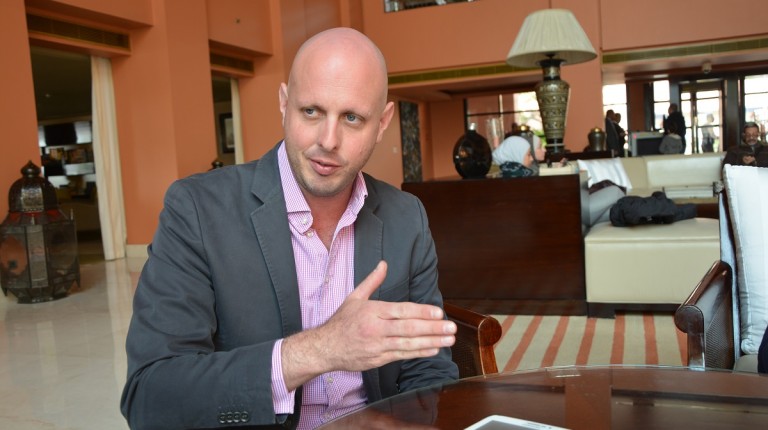 In the five years since the 25 January Revolution, investors and businessmen have been wary of turning to the Egyptian market. However, approximately 40 companies for Australia have shown renewed interest in business in Egypt having recently visited Egypt to start economic relations anew.

Why did Australian businessmen visit Egypt in early February?

Australia and Egypt have a long standing investment relationship. We export a lot of agriculture goods and work in the education and mining sectors, here. Australia is interested in engaging in all sectors plus investment in Egypt. We want to take opportunities to source the investments of Egypt.

Last month, we had a meeting with Naguib Sawiris in Australia. He has a mining interest in Australia and we encourage and assist investments to Egypt. We have a joint venture with Five Star Flour Mills, one of the largest bakers in Egypt for a few years now. Both Egypt and Australia focus on investment in agriculture and mining.

What is the size of the trade exchange between Egypt and Australia?

We export $500m in products to Egypt, mostly food and agriculture products, which is a decrease in the past five years; most of the products are wheat, meat, and some dairy. We would like Australian investors and businessmen to return to the market, after they left following the revolution, since Egypt is an important partner.

Does Australia have intentions for more investment is in Egypt?

During the conference recently held in Egypt, about 30 Australian investors in Egypt expressed interest in presenting investment opportunities in agriculture and mining and resources.

Who are the Egyptian businessmen that showed intentions in investing in Australia?

We met Naguib Sawiris and discussed investment opportunities in mining and resources in Australia. Sawiris now runs a nursery college in Australia and is interested in promoting nursery education.

What are the field and sectors that Australian companies are interested in?

The key areas we are interested in include education are mining, agriculture, and healthcare services. Those areas are very important for the future economy since we have a good package in terms of education, especially vocational education, because Australia is a leading country in that sector.

How do you handle lack of hard currency and contradictory laws while investing in Egypt?

Besides of the hard currency issue, a few Australian companies face difficulties in registering with the Ministry of Investment. There is also a very large bureaucracy and overlapping procedures.

As I understand, the Ministry of Investment and the Egyptian government try to harmonise investment laws. We have heard President Abdel Fattah Al-Sisi assurances that Egypt has been open for business and welcomes investment. Australia is very interested in investment in Egypt.

After the Suez Canal project, we realised this country is very dedicated in attracting investment. I think it is a great opportunity for Australia to work with current Egyptian investors to work on joint venture partnerships, here, in Egypt.

Out of Egypt’s mega projects, what are the ones Australia is interested in?

Well, the interest comes from where Australia has experience. Our experience fundamentally is in agriculture and mining but Australia is not uninterested in infrastructure, nuclear, and building projects.

Centamin has some issues in the Egyptian market. Have you received promises from the Egyptian government that it will solve the issues related to investment in the mining sector?

I cannot comment because it is a private sector issue. However, Australia is very capable in the gold sector and the largest extractor of gold in the world and I am confident there are other Australian companies that are interested in gold mining opportunities. We have very large companies in the mining sector looking for opportunities in gold investment.

Last year Australian Minister of Agriculture visited Egypt to discuss ways of cooperation in exporting cattle to Egypt. Has there been an update regarding these talks?

We have planned for the Australian Minister of Agriculture to visit his counterpart in Egypt later in 2016 and they will talk about exporting meat and wheat to Egypt. In terms of agriculture projects, most of agriculture in Egypt is produced on a small plot and family plots run small farms. Therefore, we can help to increase the yield of agriculture production through providing equipment, technologies, services, and research.

Do you expect the trade exchange between Egypt and Australia to rise in the upcoming period?

Absolutely! Because, before the revolution, Egypt was a much larger market for Australia so we expect it will significantly increase in the next two years. In addition, we are very encouraged that the Egyptian government is open for business and encouraged by Egypt’s stability which will lead us to do more business.

The trade exchange may double in the upcoming two years to $1bn.

Has Egypt provided any assistance to boost Australian investment?

The assistance is I guess like Australia’s assistance in laws and regulations to make everything stable: stable markets, stable politics.  This is in addition to a better environment that the government is creating to let people work here.

The Egyptian government has called the small and medium enterprise (SME) one of the most important sectors in its emerging market. About 80% of Egypt’s economy is composed of SMEs; do you have part in this sector, here, in Egypt?

Not yet. Although, we did met with organisations in Egypt a few months ago. One was the science and technology institution at the American University of Cairo (AUC), which is very interested in entrepreneurship in science, technology, and innovation.  I think Australia has the chance to cooperate with Egypt in education, particularly in innovation. Australia’s assistance comes in the form of commercial assistance, such as the ability to ensure the proper qualifications and building framework to create an innovative society.

Do you plan to get involved in the 1.5m acres project?

I think at the moment we are trying to engage across the sectors we are interested in including mining, education, and agriculture. So yes, I think we will.

Some Australian companies met with the Egyptian government regarding the 1.5m acres project to provide technology to dig wells.

What is your opinion of the economic reforms recently taken by the Egyptian government?

We are really encouraged by Al-Sisi’s openness to business. That Egypt became interested in investment and trade and opening up again to the world is a good sign. The challenge for Egypt is a challenge for everyone but Egypt has such a young population that is innovative.

What is the strategy to make the visit successful and fruitful?

We hope to build a new relationship with Egypt and continue the momentum established by the visit. This is only the start to a longer engagement with Egypt. Hopefully in the next few years, we can re-establish commercial offices, here, in Egypt, maybe even in the next 12 months.

Australian experience consists fundamentally is in agriculture and mining

Egypt was a larger market for Australia exports before the revolution; we expect it to return to pre-revolutionary levels in the next two years