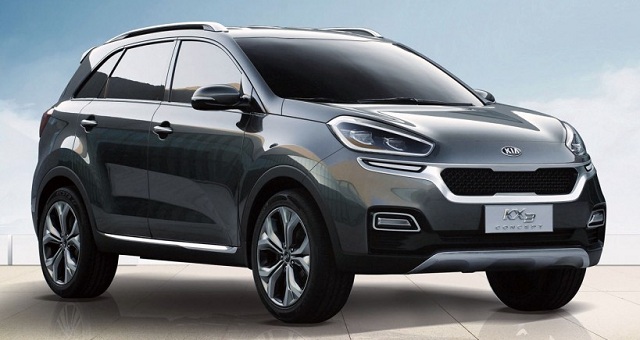 Egyptian International Motors (EIM), the sole distributor of KIA motors in Egypt, launched the entirely new generation of Sportage, which will be unveiled in the upcoming Automotive Formula show.

The new Sportage was presented for the first time at the 2015 Frankfurt International Motor Show. The new US model of Kia Sportage seems identical to the European model, bringing the same “tiger-nose” grille, HID headlights, LED fog lamps, and 19-inch wheels.

Sportage SX has a two litre engine with 241hp and 353Nm of torque. The CUV is offered with both FWD and AWD, and power is sent to the wheels through a standard six-speed Sportmatic transmission.

The overall length of the car has increased while the width remains the same. The car’s wheelbase has been stretched for a more spacious interior. Under the hood, the American Sportage has a 204-litre engine on the LX and EX with 181hp and 237Nm of torque.

The mid-range EX will additionally feature a 7-inch display with the UVO3 infotainment system complete with Android Auto, Apple CarPlay, while the top of the range SX Turbo comes with an 8-inch touch screen, and an onboard navigation system.

The new Sportage ranked fifth in the list of best-selling Korean cars in, with sales of 4,379 vehicles during the last year, at a total value of EGP 1.02bn.