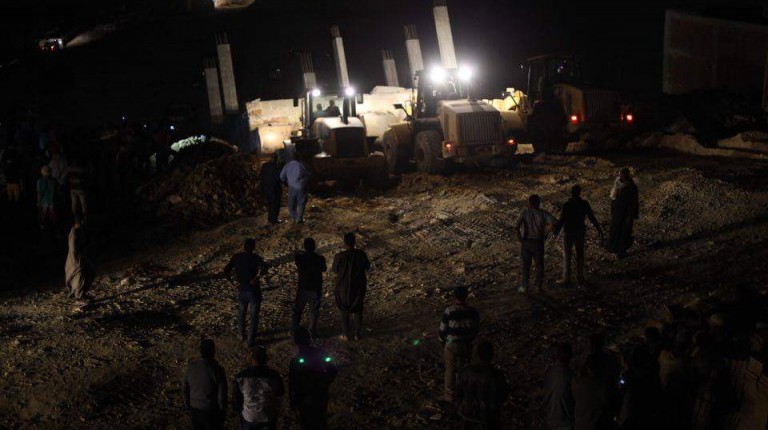 At least six workshops in the area of Shaq Al-Teban in Cairo collapsed Monday leading to the death of three workers and the injury of many others.

Police forces are still looking for survivors who may be trapped under the debris. The buildings used by the workshops were reported to have been unlicensed.

Shaq Al-Teban, located in the mountainous area of southern Cairo, has more than 1,500 workshops and small factories specialising in the granite and marble industry. Many of the top factories and companies selling and remanufacturing the products come from this area.

An eyewitness said Tuesday that the workshops fell from the cliff edge as it started to collapse.

Governor of Cairo Galal Saeed ordered the removal of all unlicensed workshops and those built on the cliffs or unstable overhangs to “prevent another crisis”. The collapse was due to water leakage. Several governments and former ministers has been trying for years to control the workshops and the factories known for breaching environmental safety standards.

Earlier in January, the cabinet accepted the governor’s proposal of legalising workshops, though they were built without permission, as long as they are proven to be safe and well built. The cabinet ordered the workshop owners pay fines as compensation for their illegal activities.

“This governmental initiative is to encourage the marble industry and include it in the country’s economy,” the cabinet said.